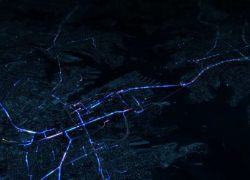 Some people like change, some people don’t like change, and when it comes to building anything most fear the cars that come with it. Antony Savvas considers whether his local paper will ever be free of parking fears, let alone full of brave new world attitudes to smart cities.

I won’t even bother naming the university city I live in, it doesn’t matter whether its York, Cambridge, Oxford, Bath, Exeter or Edinburgh. But picking up the York Press every night is just like reading any local rag in any growing city that attracts new people to universities and new jobs.

The rein of fear that is apparent from the locals towards any new building work is striking, as protest after protest and council lobby after MP petition is dutifully covered in the daily paper. The centre of most people’s fear is the car, and the congestion and parking problems the new influx of their fellow man will bring.

So if this is the case, how are we to build the smart cities and the smart transport that is supposed to come with it?

My city has doubled in size in about 25 years, to just over 200,000, helped by an influx of young people attracted to a collection of good universities and colleges. And many never go back home as a result of the new types of jobs being created in the area for graduates, including IT, high-tech manufacturing, biochemistry and green technology opportunities.

When I first moved here you could park almost anywhere within reason. Now, if you park in front of someone’s house and take “their” space on the Queen’s highway, you’re in big trouble. 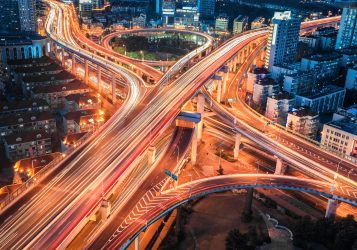 And while there is also a serious housing shortage, nothing ever gets built apart from student flat accommodation. That’s because anything from six houses planned by the local builder in the centre of town, to 2,000 homes on the outskirts of the city, get thrown out by lobbied politicians over the traffic and parking concerns.

There is a clue on what the future could positively entail in what is actually being built – most students either don’t own cars or don’t want them. They are more interested, we are often told, in investing what money they have in “experiences”, not things (like cars).

And this is why mobility-as-a-service (MaaS) is set to to become a driving force for the new smart cities many would like to see, to deliver efficient transport options, less reliance on carbon and cleaner air.

Buying a house or a car has traditionally been seen as a rite of passage, a way to mark one’s success. But in the current economic climate renting has become the norm for younger people and buying a car is seen as a waste of money, particularly when more and more of us are living in cities anyway.

A survey of car manufacturing bosses by KPMG found that 74% of executives thought more than half of car owners today would not want to own a vehicle in the future. Sharing economy companies like Uber and Airbnb have, of course, taken advantage of this change in mindset.

It is a shift we are seeing most clearly within the transport sector. Because of the move towards other mobility solutions, up to one in 10 new cars sold in 2030 could be a shared vehicle, predicts a report by McKinsey, which could reduce sales of privately owned cars even further.

Stick it in the blender 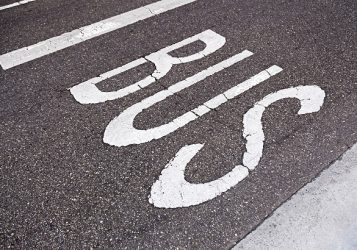 MaaS will be enabled by blending both public and private transportation providers across multiple modes of transportation, and providing a single-access interface or app for managing trips. Johan Herrlin, CEO of transport data experts Ito World, says MaaS has the potential to “transform our society” by changing the way people and goods move from place to place over the next few decades.

Herrlin says: “It is already a brave new world out there. More and more car clubs are popping up, bike sharing is becoming increasingly popular and autonomous shuttle buses are being trialled.”

Being able to utilise open data, with a large chunk of it now available from central government, has enabled MaaS to become an important factor for urban development. Open data has a big impact across a number of areas, including the rise in the sharing economy, dealing with demographic changes, urbanisation, electric or autonomous vehicles and mobile technology.

But in order for MaaS to truly become a reality, there must be access to accurate and timely transit data that reflects the real-life customer experience as closely as possible.

Imagine booking a multi-modal journey on a MaaS app in the future, and being dropped off at a train station by a ride-sharing service to continue your trip. If the train is significantly delayed or cancelled though, the promise of MaaS falls apart.

Herrlin says: “The information used routinely by most transit authorities is currently designed to manage the movement of vehicles alone. In order to ensure a seamless journey and participate in newer transportation innovations, authorities will need to move away from operational level data to providing passenger level data.”  This is the ‘Internet of People’ I have previously talked about in these columns.

True MaaS will bring together the data for all modes of transport into one easy-to-use platform or app. Journey planning app providers like MaaS Global and Moovit, for instance, are moving towards becoming all encompassing MaaS platforms, introducing aspects such as the option to buy tickets for transportation services directly within their apps.

However, this can only be accomplished if they have relevant, rich and accurate data available from all the relevant sources. Adds Herrlin: “To work properly, MaaS is going to require public and private companies working closely together. Private companies have taken the lead so far, but it looks likely that we’ll see an increasing public sector and operator presence in 2018.”

Let’s hope so, as I’m sick of reading about parking and traffic fears in my local newspaper.

The author of this blog is freelance IT writer Antony Savvas