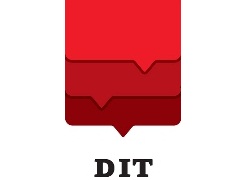 The Department of Information Technologies of Moscow (DIT) has announced completing the implementation of a unified IoT platform for monitoring and controlling over 22,000 communal vehicles: street sweepers, snowplow and waste trucks, water carts, etc. With the launch of the project millions of Moscow citizens now have a chance to experience the benefit of living in an IoT-dominated landscape.

All communal vehicles have been integrated into a unified network and are equipped with special sensors which allow the city authorities track routes as well as control speed, fuel consumption and operation mode. AI generates a daily scope of work for each vehicle based on the weather forecast.

The system automatically indicates the period of work and calculates the most optimal route selected from the database of route patterns. The GLONASS system enables to identify a precise location of the vehicle and thus plan the route for it in the most efficient way, while special fuel sensors contribute to reducing fuel consumption.

The IoT platform helps to optimise the routes for municipal vehicles and thus avoid overconsumption of fuel. The savings per month amount to 9.1 million rubles (162.000 USD) i.e (€0.13 million) which equivalents to the cost of 2 brand-new snowplow trucks.

Moscow has recently suffered a month’s worth precipitation in the city records: 47 centimetres (17 inches) of snow covered the capital during the past weekend and at the start of the week. This weather cataclysm turned into a real crash-test for the newly implemented system, however the system did pass it. Over 15,500 of equipment units controlled by the IoT platform were involved into removing unprecedented 1.2 million cubic meters of snow. Despite extremal weather conditions no public transport breakdowns were recorded.

“Navigation and telemetric data accumulated via the unified IoT platform allows profile departments of Moscow Government monitor and control activities of communal vehicles operating in Moscow. Thus we have a full online access and 24/7 real-time control of each of the 22,000 vehicles”, – commented CIO of Moscow Artem Ermolaev. “First days of February brought record-breaking snowfalls to Russia’s capital, however thanks to coordinated work of the city authorities and the unified IoT platform we could react quickly and resolved the crisis”. – said Mr. Ermolaev.

Telemetric and navigation data from the transmission data systems gets to the dispatch center of the Department of Housing and Communal Services and Improvement of Moscow. All the data is transmitted over secure encrypted channels. The center collects, processes, transfers and stores data, which enables to manage and control communal vehicles in real-time.

The IoT platform provides access to the data according to the position and level of the requesting official. For instance, the Mayor of Moscow and the executives of the Department of Housing and Communal Services and Improvement of Moscow have full access to the database, while the access of the municipal authorities and services’ providers is limited. They receive only the data on the districts which fall under their responsibility.

Telemetric data allows housing and communal services provide round the clock technical support and maintenance service as well as forehanded replacement of vehicles. The system monitors engine performance metrics warning about potential breakdowns and equipment wear. Experts say that the next step could be monitoring drivers’ performance. The installed sensors will be able to indicate first signs of fatigue and recommend a driver to stop for a rest thus increasing road safety.

IoT is going to become one of the primary drivers of digital transformation in 2018 and beyond. Smart cities worldwide are quickly moving to implement IoT solutions into daily life. The telemetry technology in smart cities worldwide is thriving. Vehicles are monitored in real time by thousands of sensors. Telemetry thus forms a solid basis for a smart infrastructure that is going to become a next step to self-driving vehicles which are to shape our transport future.