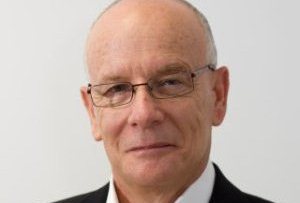 Cobham Wireless has delivered the first-ever city-wide digital Distributed Antenna System (DAS) network, capable of supporting a wide range of indoor and outdoor smart city and IoT applications, in Germany’s capital, Berlin. Cobham Wireless has created a blueprint for connecting and enabling the smart cities of the future, using its patented idDAS (intelligent digital DAS) technology and the C-RAN (Cloud/Centralised Radio Access Network) deployment model, which can share capacity across venues in a city, in a cost-efficient manner.

Cobham Wireless’ idDAS now delivers scalable, high-capacity coverage to the Berlin Fan Mile, the Sony Centre in Potsdamer Platz, and the Steigenberger Hotel. There are plans to further extend the system throughout 2018 and beyond, delivering coverage to a growing number of businesses and venues.

The project launched in 2015, when Cobham Wireless partnered with Vodafone and Telefónica to deploy its idDAS, providing 3G and 4G cellular coverage to one million party-goers at the world’s largest New Year’s Eve event, on Berlin’s Fan Mile. Utilising the base station hotel 25km away from the Fan Mile site, the Cobham Wireless team were able to connect additional sites to that remote BTS hotel (cloud) at a fraction of the cost and time.

The system reduces CapEx and OpEx for any operator using the architecture – and can incorporate new operators as it is developed – and now provides high-capacity, and energy- and cost-efficient coverage to a number of buildings across a wide geographical area.

The C-RAN approach means base station equipment can be located at a remote site outside the city, reducing onsite rental and maintenance requirements. It removes the complexity, cost and disruptive impact of deploying multiple operating and control sites for each area that needs to be connected. Network capacity can now be cost-effectively distributed to different sectors of the connected building or areas across Berlin, in accordance with where capacity is needed at a particular time of day.

“The majority of mobile connections in urban areas happen indoors, and as smart city concepts and technologies develop, venues will have to support a growing number of IoT devices and applications, as well as robust, reliable public safety networks,” said Rami Hasarchi, VP Coverage, Cobham Wireless.

“The idDAS C-RAN architecture enables venue owners to adopt a neutral-host model – which has already gained popularity in Germany – supporting multiple operators, technologies and applications, and enabling venues to provide comprehensive, high-capacity coverage, even in the most challenging of environments.”

“The ongoing idDAS project in Berlin is a landmark in the development of smart cities, providing a practical, green, affordable, and sustainable solution, and serves as an example for other urban cities to follow,” added Hasarchi. “This kind of network architecture will be recognised as the only viable way of supporting the connectivity requirements of smart cities; including cellular, public safety, last mile IP backhaul for Wi-Fi services and surveillance cameras, and IoT devices.”

At Mobile World Congress on stand 6D50, Cobham Wireless will be showcasing the benefits of idDAS and the ongoing Berlin project, as well as demonstrating how this architecture will help advance and enable smart cities on a global scale.