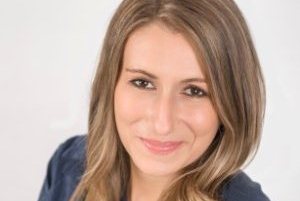 Adelaide-based Fleet Space Technologies has scored a grant from the Dutch Government for an agricultural IoT project that, in collaboration with two Dutch companies, will monitor rainfall and optimise irrigation.

Fleet Space, which is planning a global network of nanosatellites for IoT applications, will contribute its technology as part of the Digital Rain IoT Platform via satellite (DRIPs) system. Other partners in the project include rainfall sensor maker Distrometrics and LoRaWAN specialist FactoryLab.

DRIPs won a competitive grant from the Netherlands’ Small and Medium Enterprises Innovation (MIT) program. It will enable the partners to conduct a trial to transmit data from irrigation systems and rainfall sensors on the ground to nanosatellites.

Fleet Space says the scheme has the potential reduce crop failures by 50%. “The technology will enable farmers to monitor soil moisture and rainfall at micro levels, using real-time data to drive optimal irrigation and fertilisation,” the company said.

The company’s DRIPs partners are FactoryLab, an industrial IoT company that specialises in LoRa-based wireless data logging systems, and Distrometrics, which has developed an acoustic rain sensor claimed to require zero maintenance and provide information on rain intensity along with data on drop-size distributions. Distrometrics says it is ideal for use in areas with a high spatial variability of rainfall.

Fleet Space’s technology is not designed for direct communication with IoT devices but to use short-range wireless technologies to collect data at a Fleet Space ground station.

Nardini told IoT Hub in August 2017 that the company intended to use a proprietary wireless technology and earn revenue from the chips that would support this technology and from sale of the satellite gateways, rather than charging for the carriage of data via the satellites.

The company secured series A funding of $5 million (€4.07 million) in April 2017 which will enable it to launch its first two satellites this year. It is now looking to raise a further round to fund the launch of additional satellites.

In January Fleet Space secured South Australian Government funding to build the Adelaide-based mission control centre that will manage its planned fleet of 100 satellites, 24×7. The SA Government provided $500,000 (€406715.00) from its Future Jobs fund. This will be matched by a $500,000 investment from Fleet Space itself.