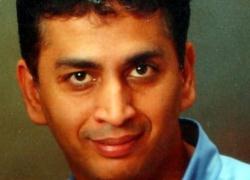 Many enterprises have IoT devices scattered across dozens, hundreds and thousands of sites—everything from stores to branch offices to remote oil wellheads. The more sites there are, the less likely it is that a single network technology or service provider can connect them all.

Juggling multiple technologies and multiple service providers makes it tough to ensure that each IoT device gets the right latency, bandwidth and security. All of these challenges aren’t unique to IoT, so it’s worth looking at how other types of applications are overcoming them, says Manish Watwani, vice president Global Product Marketing at Telit.

For other enterprise applications, increasingly the solution is software-defined wide-area networking (SD-WAN). This approach aggregates multiple links—such as MPLS, Long-Term Evolution (LTE) cellular or the public Internet—to provide a site with faster connectivity than a single network could provide by itself. This approach also provides more reliability because that site’s connection doesn’t depend entirely on a single link or service provider.

SD-WAN also provides more manageability because like its conceptual cousin, software-defined networking (SDN), it decouples the control and data planes. For example, SD-WAN makes it easier for businesses to customise their organisation’s bandwidth and connectivity to deliver specific network services to individuals or a group of locations and users.

The IT department also can define and manage policies and network traffic from a central location, eliminating the need to configure each device manually. The more devices there are—and with IoT, that’s usually a lot—the more beneficial central manageability becomes.

“While many networking technologies are over-hyped as the next big thing, SD-WAN is delivering on the promise,” says Gartner, which estimates that there are over 6,000 enterprises using it. “SD-WAN has several very real and tangible benefits (cost, performance, availability to name a few) with clear ROI when compared to alternatives.

In fact, this is what is driving rapid adoption. We recommend you look at SD-WAN when refreshing WAN edge equipment, renegotiating a carrier contract, building out new branches, or aggressively moving apps to the cloud (among other reasons).”

Where LTE fits in

All of SD-WAN’s benefits apply to IoT applications, too, which is why it’s worth considering when those devices are spread across multiple locations. Another reason is security. To be inexpensive enough for wide deployment, IoT devices often have just enough memory and processing power for their application, leaving little or nothing to support security features such as anti-malware. That means security needs to be addressed primarily in the network. SD-WAN helps secure IoT by making it easier to partition those devices so they don’t become back doors for hackers.

Many IoT applications can use LTE, and for those it’s important to choose an enterprise-grade module. For example, if it’s a high-bandwidth application such as surveillance video, look for a Category 11 LTE module, which supports up to 600 Mbps downlinks and 75 Mbps uplinks.

If the LTE link needs to support not only a site’s IoT devices, but also other applications, such as employee broadband access, consider a Cat 18 module, which supports up to 1.2 Gbps on the downlink and up to 150 Mbps on the uplink.

The bottom line is that LTE is widely available, including in rural and other remote areas, and typically from multiple operators in each market. Most operators also are upgrading their LTE networks to support higher speeds. All of these factors make LTE a technology that enterprises should consider leveraging as they migrate to SD-WAN for IoT and other applications. But choosing the right LTE module is key for ensuring that it doesn’t become the weak link in the SD-WAN mix.

The author of this blog is Manish Watwani, vice president Global Product Marketing at Telit