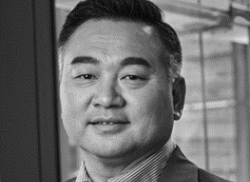 Ayla Networks, a provider of Internet of Things (IoT) platform-as-a-service (PaaS), announced that China Telecom Corp. Ltd., the integrated information service operators in the world, has selected the Ayla IoT platform as the basis for its ambitious IoT initiative.

Ayla’s joint venture partner in China, Sunsea Telecommunications, has formed a strategic partnership with China Telecom and will work with China Telecom to co-develop full end-to-end smart IoT solutions based on Ayla’s technology. This partnership extends the footprint of Ayla’s end-to-end solution in China, as Sunsea is leveraging the same Ayla technology as in its previously announced agreement with China Unicom, which is targeting automotive electronics, smart home and smart cities.

“China Telecom has a bold vision to create an ‘operating system’ for the IoT, through which it can offer a broad range of IoT applications for smart city, automotive and industrial use cases,” said Phillip Chang, co-founder, vice president and general manager of Greater China for Ayla Networks. “This agreement puts Ayla’s virtualisation and device management software into the middle of China Telecom’s application enablement platform (AEP).”

“Recognising the opportunity for service providers to monetise their networks beyond connectivity was why we originally created a joint venture with Ayla,” said Jun Zou, PhD, chief technology officer for Sunsea Telecommunications. “Ayla’s technology enables applications that can track not only where a ‘thing’ is, but also what its function is, how it is behaving and whether it is operating as it should be.

The horizontal nature of the Ayla IoT platform—able to support any protocol, application or device type—means that instead of building a series of vertically integrated, isolated solutions, China Telecom and Sunsea can now use a single technology platform to deliver connected devices and applications for any market.”

Through strategic acquisitions, Ayla’s joint-venture partner Sunsea Telecommunications will soon own 25% of the global market for IoT cellular modules, which are used to connect IoT devices to the various cellular networks. Having access to these cellular modules will help the China Telecom-Sunsea partnership offer a wide range of affordable cellular-based IoT services and applications to its subscriber customers. Sunsea and Ayla established the joint venture in January to deliver Ayla’s offerings to the Chinese market.

Aiming at developing into a leading artificial intelligence of things (AIOT) player, Sunsea seeks to further strengthen its market positions in IoT module and IoT cloud platform markets. By combining these two elements, Sunsea is developing a unique competitive advantage in providing its customers with end-to-end IoT solutions.

For Ayla, the China Telecom-Sunsea partnership represents the latest step forward in the global telecommunications market. In September 2017, Ayla announced the formation of a strategic partnership with China Unicom. Then in January 2018, Sunsea announced a co-operation agreement for the Internet of Things with China Mobile IoT Company Limited. Ayla and Sunsea now have agreements with all three major providers of telecommunications services to China.