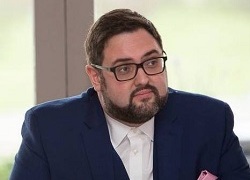 Energy businesses are increasingly looking to leverage Internet of Things (IoT) technologies to manage and minimise the impact of their operations on the environment. This is a key finding from an independent study commissioned by global mobile satellite company Inmarsat, which found that monitoring environmental changes is the biggest driver of the technology in the energy sector.

Market research specialist Vanson Bourne interviewed 100 energy companies from across the world as part of Inmarsat’s The Future of IoT in Enterprise. It found that monitoring the environment is the primary driver of IoT adoption in the sector; cited by over half (51%) of respondents, ahead of ‘identifying cost saving opportunities’ (47%) and ‘monitoring customer engagement’ (44%t).

Moreover, 44% of respondents stated that they had already improved their environmental sustainability as a result of their use of IoT, and a further 36% expected to do so in future, indicating the effectiveness of the technology in this area.

Commenting on the findings, Phil Meyers, vice-president at Inmarsat Enterprise, said: “The energy industry is the biggest net contributor to greenhouse gas emissions globally, and while it has made great strides over the past few years to reduce emissions, there remains much work to be done.

Energy companies are coming under increasing pressure from regulators, pressure groups and the general public to address this issue, and it is clear that many are looking to new technologies, such as IoT, to increase the sustainability of their operations and reduce their environmental footprints.

“Energy lost in the transmission and distribution of fuel is an area in which we could see some significant and immediate improvements. In the US, the oil and gas industry is responsible for leaking approximately 1 million tonnes of methane into the environment every year,contributing as much to greenhouse emissions as 5.6 million cars. However, by deploying IoT sensors, energy companies can automatically optimise gas distribution to manage pressure in their networks and minimise leakage.

“IoT-enabled, condition-based maintenance tools, meanwhile, can also be deployed to monitor the performance of equipment, helping to identify potential problems and address them before they disrupt operations and wreak havoc on the environment,” he continued.

Meyers concluded: “IoT holds a great deal of promise for enabling the energy sector to cut waste and reduce its impact on the environment, but realising these benefits depends upon stable and reliable connectivity. The success of IoT solutions depends on the ability to regularly transmit data gathered by connected networks of sensors and devices back to a control room for analysis, and in the case of the energy sector, much of that will take place at long distances across remote locations that may lack cellular coverage, which is why satellite is critical.”