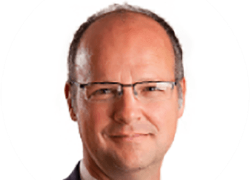 Telstra announced the expansion of its business in the Middle East with the Telstra Programmable Network soon to be available via a new point of presence (PoP) in Dubai in addition to a new office in the city-state. The new PoP will offer flexible and dynamic access to Telstra’s high bandwidth, low latency and secure network to support businesses operating in the region.

The Telstra Programmable Network is a leading digital platform for enterprise network services, built on Software-Defined Networking. Businesses with operations in Dubai will be able to optimise their IT through automated, near real-time provisioning of new applications and services without the need for significant infrastructure upgrades. The network also provides consumption-based pricing and secure access to multiple cloud services via a simple user interface.

Tom Homer, Telstra’s managing director for EMEA, said the expansion is part of Telstra’s strategy to develop its business in the Middle-East and North Africa region.

“The Middle East and North Africa (MENA) region is emerging as an economic and technological powerhouse with companies increasingly turning to cloud-driven business models to accelerate innovation and scale. By 2021, the region’s digital transformation spending is expected to top US$38 billion (€30.80 billion) and the region’s enterprise application software market is already estimated to be worth US$719.4 million (€583.10 million),” said Mr Homer.

“Our vision is to deliver an advanced network that helps organisations operating in Dubai to fully embrace cloud computing and meet the rapidly growing demand for data and applications.”

“Our latest PoP will be a gateway for businesses in Dubai looking to interconnect to more locations globally. The launch of the Telstra Programmable Network in Dubai is another step in our international expansion strategy which includes capturing emerging market opportunities in Europe, Middle East and Africa.”

As part of the Telstra Programmable Network, businesses can also leverage SD-WAN as a virtual solution to extend and shift their branch network into the cloud for greater flexibility and agility. This helps businesses virtualise their physical hardware at each branch site and simplify network architectures, while improving operations and application performance for users and customers. 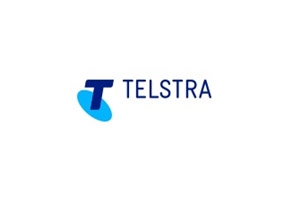 Mr Homer said Telstra’s new office in Dubai will also be instrumental in expanding its business across the MENA region, which already includes technology partnerships with leading providers in the region and a PoP in datamena, an open and neutral data centre and connectivity platform in the United Arab Emirates.

“This region has large and growing business demands and links to Asia, as well as specific requirements in media, finance, oil and gas – all key verticals and areas of expertise for us. Dubai is also on the main cable route from Asia to Europe which we are already investing in to connect our European business and empower our customers to grow their businesses in the most efficient and dynamic way possible,” said Mr. Homer.

Telstra’s world-class network includes investments in the Bay of Bengal Gateway (BBG) cable system which interconnects Telstra’s subsea network in South East Asia and North Asia through to India and the Middle East, and the Asia-Africa-Europe 1 (AAE-1) cable which connects South East Asia to Europe via the Middle East and North Africa. The BBG and AAE-1 cables, when combined with the Europe India Gateway (EIG) cable, offers Telstra customers direct connectivity between Asia and the Middle East and then onward to Europe.

The Telstra Programmable Network will be available in Dubai from late March.