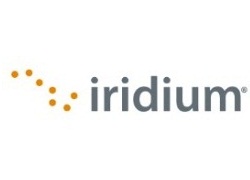 The introduction of Iridium Certus and the new Thales MissionLINKTM terminal is a game-changer for off-the-grid public safety, utility, oil and gas, military and non-government organisation applications. Adoption of this technology will create the first truly globally ‘connected vehicles,’ allowing drivers and their passengers to be more productive on-the-move.

The solution offers a seamless broadband connectivity experience that can be configured to automatically switch between Iridium Certus or local cellular infrastructure. This ensures the most cost-effective option is in use regardless of deployed environmental conditions or location worldwide. As a result, organisations are empowered to maintain capabilities like real-time vehicle tracking and immediate transmission of telematics information, while supporting internet, phone and email requirements.

Already undergoing live testing, the Thales MissionLink terminal will debut at speeds of 352 kbps, later upgradable to 704 kbps through a firmware update. Brian Aziz, director of Satcom Solutions for Thales Defense & Security shared, “The network performance results that we’ve confirmed through our testing have surpassed our expectations including achievement of 352 kbps data speeds and clarity of Iridium’s high-quality voice calling. Starting this month, we will transition to field customer trials and commence high-rate production of our terminals in order to meet the demand of orders that we have already received.”

Aziz continued, “The level of engagement from Iridium’s service providers has been tremendous, and we anticipate Iridium’s certification of the Thales MissionLink terminal next month as we continue to make progress towards commercial introduction in mid-2018.”

Unlike geostationary networks with limited global reach and bulky terminals, the unique architecture of the Iridium® constellation, featuring 66 interconnected low-earth-orbit satellites, enables global coverage and creation of cost-effective, highly mobile, small-form-factor antennas and terminals. This results in improved access, particularly when in rugged terrain such as mountainous regions, and makes satellite communication services a viable option for new markets and geographies.

Iridium Certus is enabled by the Iridium NEXT satellite constellation, which is in the process of replacing the original Iridium network. To date, there have been four successful Iridium NEXT launches, deploying more than half of the new constellation. Four additional launches are planned for 2018.