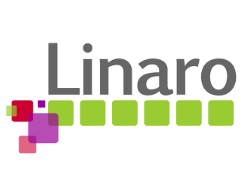 The OpenDataPlane project is an open-source, cross-platform set of application programming interfaces (APIs) for the networking Software Defined Data Plane.

OpenDataPlane has been optimised to take advantage of Arm-based SoC (System on Chip) processors that provide a very high level of integration of high performance network interfaces and hardware packet and crypto accelerators. Another benefit is that OpenDataPlane supports the ability to run the exact same software code base on both x86 and Arm-based server class processors using standard NICs or SmartNICs, that utilise DPDK for input and output.

OpenDataPlane acts as a standard unifying architecture that allows true “write once, accelerate anywhere” applications to take best advantage of polled or event driven network architectures and hardware accelerators with little to no effort. Now OEMs and software developers can more easily take advantage of new and improved silicon without fork-lift upgrades to their applications.

“This new OpenDataPlane ‘Tiger Moth’ LTS release provides real world applications a stable and optimised set of APIs that run on accelerated Arm-based SoCs, Arm-based and x86 servers, and SmartNICs. This release includes full support for IPsec offload to meet the needs for line-rate secure communication, as well as many other advancements over the previous ‘Monarch’ LTS release,” said François-Frédéric Ozog, LNG director at Linaro.

OpenDataPlane is developed jointly by LNG members and the wider open source community to represent the interests of application developers, silicon vendors, telecom equipment manufacturers and software solution providers, and has been validated on both Arm and x86-based systems.

“The Tiger Moth release of ODP highlights the power of collaboration between Arm and Linaro to deliver innovative networking infrastructure solutions,“ said Mark Hambleton, senior director, Open Source Software, Arm. ”The ability to bring forward the capabilities of unique solutions from our partners, while delivering truly cross-platform portability across a broad range of offerings, is a key value of the Arm ecosystem.” 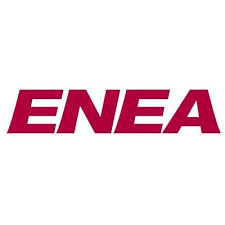 “OpenDataPlane (ODP) continues to increase its value. With this release that supports Arm-based SoCs, Arm-based Servers, and even DPDK on x86 Servers, Linaro and all of the Linaro Network Group members are again actively demonstrating the real benefits of our collaborative engineering efforts,” said Larry Wikelius, vice president Software Ecosystem and Solutions Group at Cavium, Inc.

“ODP is an outstanding proof point for the value of standard interfaces that allow Armv8-based SoC and server vendors to showcase differentiating performance and features while still supporting leading software applications. Cavium is proud to continue its tradition of open source community leadership and intends to deliver Tiger Moth across the range of ThunderX®, ThunderX2® and OCTEON TX® product families.”

Enea has been a member of LNG and contributor to the ODP project for several years, and the OpenDataPlane cross-platform API is today supported and leveraged by Enea’s own data plane solutions. “The Tiger Moth release represents a new significant milestone for the OpenDataPlane project at large, and is a key platform for our continued work with accelerated data plane and OS solutions across a broad range of CPU architectures, including both Arm and Intel-based hardware platforms,” said Adrian Leufvén, SVP OS Business Unit, Enea.

OpenDataPlane has been a key component already from the start of the OpenFastPath (OFP) project. The event driven architecture of OFP is derived directly from OpenDataPlane, which also provides the former project with the necessary cross-platform portability. “OFP’s future roadmap will take full advantage of the Tiger Moth release. OpenDataPlane provides the necessary platform for event driven packet processing, and we are excited to continue our work in close collaboration with Linaro,” said Daniel Forsgren, president of the OpenFastPath Foundation.