Home › IoT News › Companies › The ecosystem of the Internet of Things: From devices to real benefit 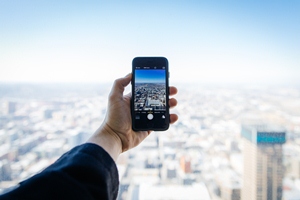 By themselves, smart devices do not guarantee profits, but only create an opportunity for these. That is why a huge role in the creation and use of decisions in the application and use of the Internet of Things belongs to its ecosystem.

“Anything that can be connected to a computer network must be connected,” – appropriately so, according to analysts at CompTIA who are supporters of the active use of Internet of Things (IoT) technology. Confirmation of this was the report Internet of Things, Insights, and Opportunities, published by CompTIA in July 2016. According to their analysts’ forecasts, in 2020 for every inhabitant of the Earth, there will be an average of 6.3 devices connected to computer networks or possessing computer intelligence, and their total number will reach 50.1 billion by then.

Such a wide penetration of the Internet of Things into our lives is caused not only by the growth of the power of computers. The development of IoT technologies is fueled by ever-increasing amounts of stored data, as well as the emergence of many miniature sensors and devices, reliable wireless networks, IPv6 protocol, and software-configurable infrastructures. IoT includes a huge number of objects used almost daily.

Such a huge amount of connected devices will have a serious impact on the world economy. So, according to McKinsey analysts, in the longer term, up to 2025, the total economic effect of using products and services based on Internet technologies of things will amount between US $3.9 (€3.14) to $ 11.1 trillion (€8.95 trillion) a year.

Experts at General Electric believe that thanks to the Internet of Things in the industry, the world GDP level can grow by 15 trillion dollars in the next 20 years. IDC predicts the growth of the Internet market of things from the US $1.9 trillion (€1.53 trillion) in 2013 to US $7.1 trillion (€5.72 trillion) in 2020. (For comparison, the volume of the world’s ICT market in 2016, including IT and telecom, IDC estimates at US $3.8 trillion [€3.06 trillion]). The volume of the market for basic Internet technologies of things (in fact, the total cost of connected to the network and intelligent devices) in 2020 will reach US $1.7 trillion (€1.37 trillion).

The McKinsey analysts do warn: in digital technologies, there is nothing new, but using them, you can achieve new business effects. By themselves, smart devices do not guarantee profits, but only create an opportunity for this. That is why an ecosystem plays an enormous role in the creation and use of decisions of the Internet of Things – an in homogeneous and multi-sectoral ecosystem. Analysts of MarketsandMarkets distinguish the following:

Researchers MarketsandMarkets also assess the prospects of the Internet of Things in some vertical markets: for example, the overall economic effect of the introduction of IoT devices in the health sector in 2020 will be US $163.24 billion (€131.61 billion), in retail networks – US $35.64 billion (€28.73 billion).

Devices that can be connected to computer networks are becoming more and more miniaturised and relatively cheap. So, the range of opportunities that they provide is growing: from geolocation to measuring body temperature and blood pressure. Data that collects in objects of the Internet of Things can be processed directly inside them, but often they are transferred to separate computational platforms for centralised processing. 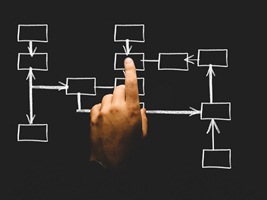 In addition, along with IoT-sensors and devices, an important component of the Internet of Things are data transmission networks: the very possibility of creating smart systems depends on their reliability, security, and throughput.

It is the software that allows you to “breathe” intelligence into the Internet of Things: it monitors the operation of devices and manages them based on the data received from them. This is especially true for software supplied with devices (firmware) – portable gadgets, smart house equipment, onboard car systems, etc.

Another key category of software for the Internet of Things is cloud applications that can collect data from any device and manage many objects. Therefore, the role of companies that can provide access to such applications, that is, cloud providers, will be very significant. Of great importance will be the software built into the network equipment – its ability to properly manage data flows will largely determine the success of Internet systems of things.

Successful joint work of a huge number of devices will be determined by their functionality and compatibility, which in turn strongly depends on what rules and standards in the field of the Internet of things will be adopted. By analogy with TCP / IP, the standards and protocols of the Internet of things will also be built according to these levels:

The first protocols for the Internet of Things are already appearing: 6LoWPAN, Constrained Access Protocol (CAP) and Time Synchronised Mesh Protocol (TSMP) will help you organise devices at different levels.

The information security requirements of Internet systems of things are likely to be determined by legislators and government regulators. In particular, already in many countries, laws, and regulations have been adopted to protect personal data, medical information and the safety of financial institutions and transactions.

Services are, according to CompTIA analysts, the highest level of the Internet ecosystem of things. It is services that will help to link a lot of technological components into something useful for end users, or at least to simplify the use of solutions for them, that will appear on the market.

Real customers and consumers must see benefit from the fact that the data generated by the Internet of Things, is then collected and analysed. In themselves, the data flows will not bring many benefits, as long as their analysis does not draw meaningful conclusions and conclusions that can be used in practice. It is also necessary to ensure the availability and security of data: correctly created services will be the way to achieve all of this.

Another, not so pleasant aspect of the Internet systems of things – their high complexity. It is necessary to establish, coordinate and maintain the interaction of a large number of very diverse devices. Owners of high-voltage power lines, smart buildings, lighting, entertainment and many other systems will certainly want to centrally manage them, and using the usual for all such device management – PCs, tablets, and smartphones. To provide such an opportunity in the absence of ancillary services will be very difficult. 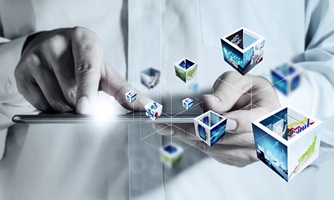 There are already a lot of companies offering services of different levels, from the creation of the Internet infrastructure of things to the collection of data and the integration of technological components, and clear leaders are already visible among these companies.

A business wishing to succeed in the application of IoT-devices does not need to purchase sensors and connect its objects to the network in large quantities. The first step to the Internet of Things is to provide competent analytics of the data accumulated by the company.

Today, many companies are working out new ways to extract profit from the information already available from enterprises and create solutions that can help businesses better understand their customers, analyse the strengths and weaknesses of production, better understand the mechanisms of interaction between different divisions of the same enterprise.

In addition, they offer their customers ways to expand the range of data sources, for example, to study the mood of the target audience through the analysis of social networks. The variety of such data sources makes it clear that only petabytes of information can be generated on the scale of only one company – they are large data in its pure form.

It is worth proposing solutions that can store and analyse huge amounts of unstructured data. The business can only generate ideas and use the advantages that the data analytics carries, and which predicts future patterns.