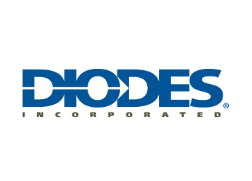 These devices deliver dimmable and adjustable drive current for LED strings with more than 80% efficiency. The AL58xx series provides a low BOM-cost solution for a range of applications in the commercial and industrial areas including signage, instrumentation illumination, appliance interior lighting, architectural details and general smart-lighting installations.

With an input range of 4.5V to 60V, these devices do not require inductors and maintain good EMI performance, making system integration simpler. Internal power dissipation is also minimised compared with other designs due to an external power transistor. The AL58xx series is capable of providing up to 15mA to an external MOSFET or bipolar transistor to drive LED strings.

Protection features include over-temperature and input under-voltage lock-out. The AL5814 and AL5817 devices also provide ‘LED open’ protection via a VFAULT pin, as well as LED thermal fold-back protection. As linear controllers, the AL58xx series exhibits good EMI performance, while the wide operating temperature range of -40°C to +105°C enables the parts to also be used in harsh environments.

The AL58xx series is available in SOT-25 and thermally-enhanced MSOP-8EP packages. Further information is available at the website.