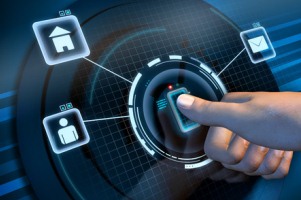 We will look back on March 2018 as the time when Facebook lost $37 billion (€30.01 billion) from its valuation – as did the bluest of chips such as Apple, Netflix and Amazon.

If confidence in established brands is falling, what does that mean for the unproven entities, such as the connected car? It didn’t help that March saw the first reported pedestrian fatality caused by an unmanned vehicle, as a driverless Uber mounted the pavement and hit a walker in Arizona. Potential investors in IoT for the automotive sector will be all too aware that a Tesla driver died in May 2016 while using the driver-assistance system.

It should be pointed out that the shock of the first pedestrian car death in 1896 didn’t hold back the progress of the new ‘automobile’ industry. Bear in mind people were more cautious of car back then. A man was initially required to walk in front of every car, waving a red flag.

Cars travelled at 4 mph (much like central london today) and casualties made front pages headlines. These days, road accidents are so frequent they’re barely local news and yet we’ve lost none of our appetite for road travel. Granted, fewer young people want cars, but that’s because of the cost and congestion. All the enjoyment these days comes from the passenger seats as you savour the sensual treats the car is laying on. The only question is whether man or machine is the better driver.

These deaths have caused uncertainty though. There’s a big crowd assembling by the side of The Road To Connectivity. The hitch-hikers look like lawyers.

Uber’s fatal accident has diverted us into a legal minefield, according to Stuart Pearson, construction lawyer at Cardiff and London based law firm, Capital Law.  “Self drive and driverless vehicles present an enormous challenge to existing laws surrounding the relationship between human error and technology,” says Pearson.

While liability, health and safety legislation is under scrutiny the industry could be held up. Technology and insurance companies need to work with the health and safety executive to litigate for a safe roll out of this technology.

In practical terms, this could mean designated areas of public highways being used as test areas, says Pearson. Isn’t that going to be a logistical nightmare? They are also likely to be subject to greater health and safety regulation, warns Pearson.

Venture capitalists are becoming wary of consumer propositions with weak differentiation and marginality, according to Richard Hadden, investment director at Breed Reply, an ‘early operational’ IoT investor. The endless mobile apps for loss-making services like Uber are a case in point, he says.

Having said that, there seems to be unique attitude toward the tech sector among investors – never mind the risk imagine the reward.

“Even the Bitcoin bubble seems only to be encouraging some investors,” says Hadden. His company ‘remains wary’ of Bitcoin and blockchain, which is sometimes bunged into a proposition ‘like fairy dust’.  “We have seen some genuinely interesting blockchain use cases in IoT, but only a handful of them have offered benefits,” says Hadden.

Nevertheless, momentum is growing. The fastest embrace of IoT is happening with insurers. “Sensors, machine learning and big data techniques are giving them new tools to monitor and manage risk,” says Hadden.

Soon those lawyers will be done with walking in front and waving a red flag. Then we can all move faster.