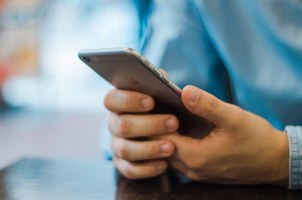 Analysing early adopter reviews of Apple’s iPhone X from major online retailers, a new report from the Consumer Sentiment Analysis (CSA) service at Strategy Analytics “iPhone X Impresses Former Samsung Owners, but Price Dampened Conversion Enthusiasm” has found that more than four out of five iPhone X buyers who were previously Samsung owners were satisfied with making the switch. However, the price of the iPhone X was an issue for many, with some questioning whether it is a premium worth paying.

Adam Thorwart, lead analyst and report author commented, “Among those buyers that converted from one brand to the other, a higher percentage of former Samsung consumers were satisfied with moving to the iPhone X, than those consumers moving from Apple to the Samsung S8.”

Kevin Nolan, VP, UXIP added “However, price was the main issue for consumers who were both satisfied with switching from Samsung to Apple and those who showed remorse at switching. While switchers were highly satisfied with the iPhone X’s feature set they did not feel those device aspects justified the premium added to this device in comparison to other smartphones on the market. This perhaps provides Samsung with a window of opportunity to reclaim some of the converters.”