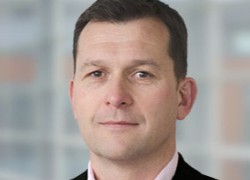 ip.access, the independent small cell provider, has announced the appointment of Richard Staveley as its new chief executive officer (CEO), effective 2nd April. Richard is an accomplished business leader with 25 years’ experience in the wireless industry and British Army.

Previously Richard co-founded Stratto, where he served as chief commercial officer and board member. Prior to that Richard served as global vice president of sales and partnerships at Ubiquisys from 2006 until 2013 when Ubiquisys was acquired by Cisco for $310 million (€253.51 million). At Cisco, Richard led service provider sales for small cells and Wi-Fi, he also held other senior roles in the UK including vice president of sales for General Dynamics (previously IPWireless).

Richard is responsible for scaling the company’s existing partnerships and market leading positions in a number of wireless markets, including aviation and maritime communications, security & surveillance solutions, cellular and private networks.

Richard commented: “ip.access has a great team and long-standing track record of class-leading innovation and commercial success. I am very excited by the opportunity ahead of us, the timing could not be better, we will focus on our core competencies in key verticals to ensure that ip.access reaffirms its status as a market leader.”

Samer Salty, CEO of Zouk Capital added: “We are tremendously excited about Richard’s appointment as the new CEO of ip.access. He brings a wealth of commercial and industry experience, with a proven track record of success. We’re confident that Richard will lead the team to an exciting new chapter, building on the company’s technical and commercial leadership in a number of vertical markets.”

Samer Salty also added: “We are grateful to Malcolm Gordon for his strong leadership of ip.access as the outgoing CEO, and look forward to working with him as he transitions to an ip.access board position.”