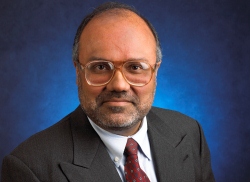 Audits of attendees to the massive Consumer Electronics Show (CES) in Las Vegas, January, indicate that the event has become one of the world’s largest gathering points for IoT buyers. Crucial IoT segments, including automobiles, wearable devices, smart appliances, and home automation, drew more than ten thousand attendees each at CES 2017, and the medical device sector brought over seven thousand.

For the first time in January 2018, show organiser the Consumer Technology Association teamed with the IoT M2M Council (IMC) – a trade group representing 25,000 IoT buyers – to produce a special pavilion for IoT infrastructure, giving OEMs that attend the show a dedicated venue.

“We were very pleasantly surprised with the volume and quality of B2B traffic in the IMC’s IoT Infrastructure Pavilion at CES this year. We met several prospects from start-up companies, as well as many established IoT players. We are definitely looking forward to another great event in 2019,” says Peter Nilsson, CMO of Nimbelink, a provider of special-built IoT modems and an inaugural exhibitor at the pavilion. At CES 2018, the IMC also produced conference sessions on IoT Infrastructure as part of CES’s prestigious conference program.

The IMC has extensive, quantitative data from its members that IoT buyers do not self-identify as connectivity experts. As such, they are unlikely to attend events that emphasise IoT or telecommunications technology, but rather, go to shows that cover their industries.

CES covers most of the consumer-facing applications for connected devices, offering a convenient venue for manufacturers that produce these devices. The IMC’s IoT Infrastructure Pavilion is located adjacent to designated areas for connected cars and smart cities at CES, and its footprint is slated to increase significantly for 2019.

“We see the major function of the IMC as bringing IoT buyers and sellers together, so this event suits us very well,” says IMC chairman Syed Hosain, who as CTO of IoT communications provider Aeris was also an inaugural exhibitor at the pavilion.