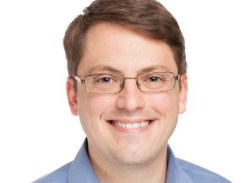 Silicon Labs has released the industry’s first comprehensive network performance results based on large-scale, multicast testing of Zigbee®, Thread and Bluetooth® mesh software. Each mesh networking protocol presents unique characteristics and advantages, depending on the use case and end application.

All testing was conducted at Silicon Labs’ Boston design centre using the company’s Wireless Gecko SoC platform to eliminate the device itself as a variable in testing the mesh protocols.

The mesh network benchmark results can be used by system designers to define expected behavior for Zigbee, Thread and Bluetooth mesh in the 2.4 GHz frequency band. With the growing number of mesh networks available for IoT applications, it is important for developers to understand how these networks differ in terms of use cases and expected performance. The testing focused on device behavior and impact on battery life, network throughput and latency, and the impact of network size on scalability and reliability.

Silicon Labs’ mesh network performance results are available as a series of application notes that define the methodology for performing the benchmark tests, enabling developers to replicate and run similar tests. These results provide guidance on mesh network design best practices and principles as well as expected field performance results. With 15 years of experience in mesh networking and more than 150 million deployed nodes, Silicon Labs is at the forefront of bringing advanced, multiprotocol wireless mesh technology to market.