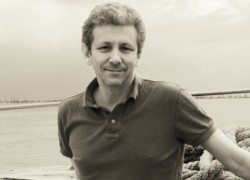 Nearly one million homes and businesses in the UK are now in reach of ultrafast full fibre connectivity provided by alternative network providers (altnets), a new report has revealed.

According to the Independent Networks Cooperative Association (INCA) and Point Topic – which teamed up to publish the report – this is approaching double the number of premises reached by BT Openreach.

Digital and culture minister Magot James said, “It’s fantastic to see the growth of the new companies building fibre and wireless networks. We’re creating the right environment to stimulate industry investment, and I’m delighted by the altnets’ ambitious plans to reach millions more homes and businesses over the next few years. We are also supporting these goals through government investment in new fibre networks, 5G projects and by removing business rates for new fibre deployment for 5 years.”

By 2025, it is expected the number of premises passed by full fibre infrastructure supplied by altnets will rise to nearly 14.25 million homes and business, covering 50% of the UK’s population, which may include some double counting from overbuild. This will include around 4.8 million live connections. 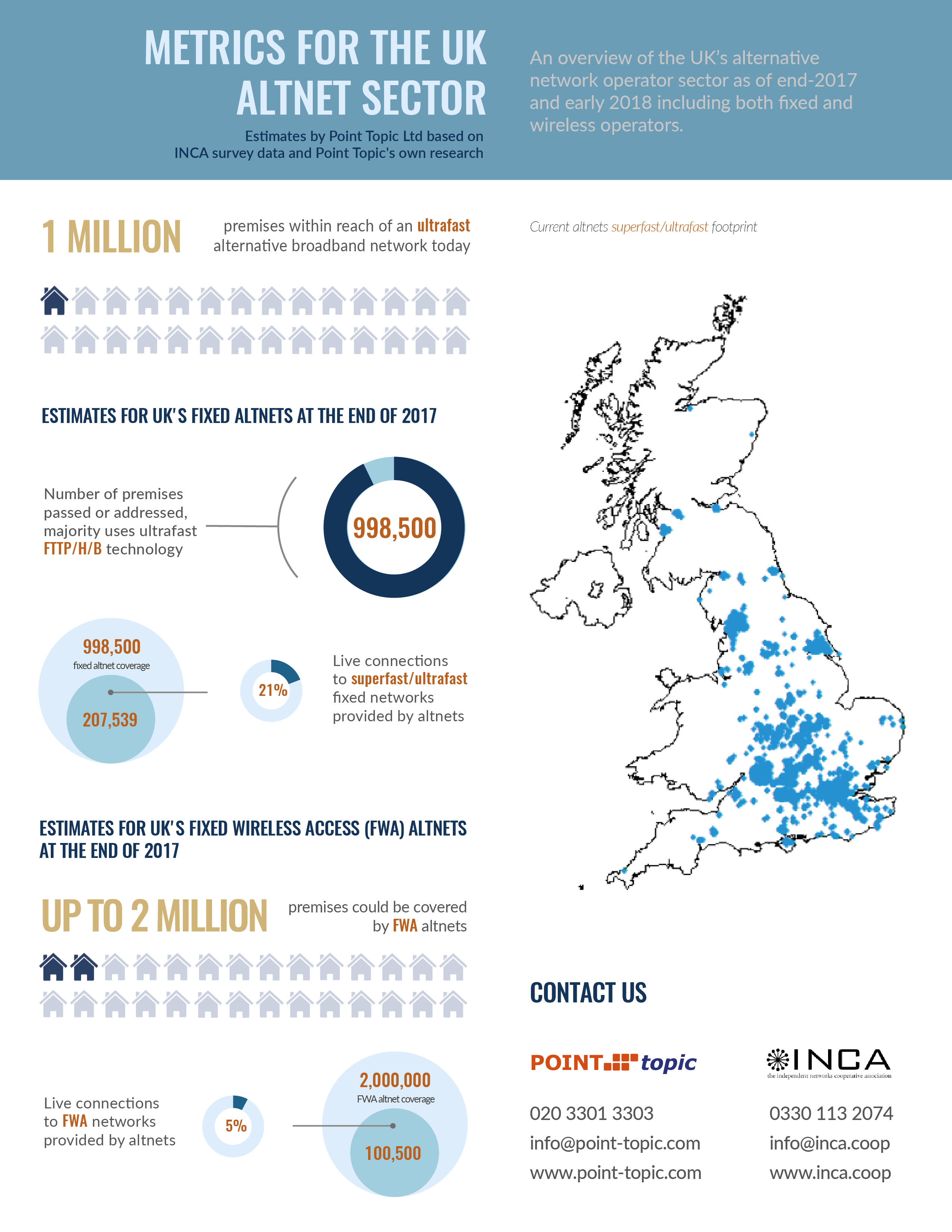 The report also forecasts that an estimated 1.92 million premises will have the ability to order altnet fixed network high-speed broadband services by the end of 2019, with an estimated 554,700 subscribers connected. Altnets currently account for 207,500 live connections on fixed networks and an estimated 100,500 on Fixed Wireless Access infrastructure in the UK.

“This report shows that the altnets are making great progress in both urban and rural areas,” said INCA’s CEO Malcolm Corbett. “They are delivering the future-proofed digital infrastructure the country needs for long-term prosperity. The investment and competitive dynamic these companies have introduced mean that we will get ultrafast full fibre networks and high-speed wireless broadband much faster than simply relying on the incumbent. Government support for the sector is tremendously helpful and with continued support altnets can speed up the deployment of new networks and services.”

These latest figures place altnets collectively as the third competitor in new full fibre infrastructure provision, alongside BT Openreach and Virgin Media. The altnet sector has been buoyed by announcements of more than £2.5 billion (€2.89 billion) of private sector investment and a supportive public policy environment.

“The need for the UK to have a properly competitive, healthy and functional broadband market has never been more acute and altnets are essential for that to happen,” said Point Topic CEO Oliver Johnson. “The UK is a digitally savvy nation with a real history of innovation. It’s great to see the vibrancy and enthusiasm the altnets have added to that which is reflected in the market today.”

For more information about INCA and how to become a member, click here