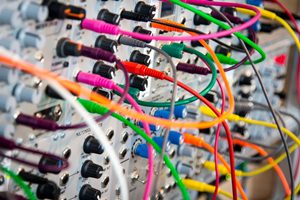 If it wasn’t for security concerns, IoT would be a much bigger part of our lives and businesses. That’s the verdict of 26% of business executives in a survey, and it certainly seems on point as a fear for our privacy and security is the biggest concern holding IoT back, next only to cost.

With the volume of data we share with our gadgets increasing colossally every day, some really stringent security measures need to be taken, to keep every exchange safe and private, says Jaykishan Panchal is a content marketing strategist at MoveoApps.

The year 2017 was particularly eye-opening for those concerned about IoT security. Some pretty serious breaches left people wondering how safe their digital as well as physical safety is. Things can take a fairly ugly turn when criminals hack into a building’s heating system and crash it, leaving the residents freezing in sub-zero temperatures for nearly two weeks! That is what happened in Finland last year.

While the Fins managed to restart their heating in two weeks, the Mirai Botnet managed to single-handedly take down giants like Twitter, Netflix, Spotify, Etsy and Github, in a sweeping DDoS attack. Another attack named Brickerbot too launched DDoS attacks and killed a number of IoT devices.

These are just a few of the many incidents that have time and again shown that IoT security needs to be dealt with in a much better manner, so that businesses feel more comfortable adopting IoT. Here are a few ways IoT security can be improved, ensuring the utmost level of privacy and security for the business as well as the consumers:

In both BrickerBot and Mirai Botnet, as well as in several other major breaches, the one vulnerability that was most often exploited was weak passwords. It was observed the so very often, the consumers never changed the default password that came with the device.

Businesses need to program IoT devices in such a way that a user is compelled to change the default password before being able to use the device, and also update it every three or six months as appropriate. Just a step as simple as changing the password can go a long way in ensuring security.

Every bit of data that is being collected or exchanged by IoT devices must be encrypted. Encrypting the data makes sure that even if a criminal is able to intercept it, they cannot decode and use that data. A number of small IoT devices tend to partially or entirely skip this step and hence render the data highly vulnerable.

Security isn’t an add-on feature that can be inserted in the end. Manufacturers need to pay critical attention to security right from the design stage. Both the hardware and the software need to be shielded with ample security measures. No one should ever be able to remote control a Jeep and shut down its engine. It happens often that manufacturers ship their hardware with chips that have no space for patches or firmware upgrades. That must be a taboo for IoT devices.

With the sheer numbers of machines, gadgets and devices we use in our daily lives today, it is unrealistic to expect the customers to get each device upgraded manually. IoT devices must come with lifetime firmware upgrades.

Recently, positive steps have been taken in this direction, with experts pushing for a standardised secure framework called IoT Firmware Update Architecture that lays down certain ground rules that all IoT manufacturers must abide by. This could be a good starting point for making IoT devices more secure in the future.

Often, IoT devices have no way for a consumer to upgrade the firmware. Most IoT devices are small and compact, with very little screen, no keyboard and a rather complex interface. This makes the customer completely overlook the need to secure the devices or take necessary steps on their part. Most don’t have a clue about how to change passwords or upgrade firmware. Manufacturers need to come up with more user friendly designs.

IoT security has become an integral part of consumers’ lives now, and its influence will only increase. Businesses cannot shy away from confronting the problem anymore. The steps listed above are an easy way to ensure safer, more secure IoT powering our progress. All it takes is an open minded willingness to make security a critical part of the design process, so that cybercriminals won’t get away with stealing data and denying access.

Jaykishan Panchal is a content marketing strategist at MoveoApps, a Mobile app development company.He enjoys writing about Technology,marketing & industry trends, he is tech enthusiast and love to explore new stuff.