Home › Blogs › Five consumer themes for 2018 and beyond 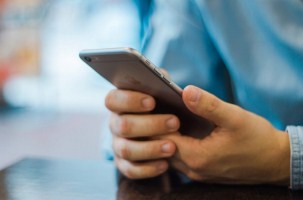 As more everyday objects in our lives become connected, our interactions with technology will continue to change drastically. However, the complexities of how to control these smart technologies is a different matter. With 5G, connectivity is set to become omnipresent.

This may sound simple, but involves a huge technology upgrade. Devices must be able to relay complex human interaction data to cloud-based processing, and respond intuitively within milliseconds, says Michael Björn, head of research, ConsumerLab at Ericsson.

Following research that studied 5,141 consumers’ expectations of tomorrow’s technology, we’ve provided a snapshot of the biggest trends set to hit the market. With this in mind, here are five themes we expect to see in the future.

Consumers who already use intelligent voice assistants, such as Alexa, are leading a behavioural change. In fact, more than 50% of consumers believe in the future that we will use body language, intonation, touch and gestures to interact with tech as we do with people. What’s more, two out of three believe this will happen within three years.

Presently, smartphones are almost synonymous with internet use. But as consumers increasingly interact with other types of technology, they may well begin to think about a general need for connectivity.

While traditional input devices – such as the keyboard and mouse – are universally accepted today, 81% of intelligent voice assistant users believe they will be a thing of the past in five years. If direct interaction turns out to be more convenient, we certainly won’t miss them.

Social media promised user-driven two-way communication, giving voice and power to consumers and rectifying the balance between senders and receivers. But social media is now being overrun by one-sided broadcasters.

It’s in our nature to sometimes favour automated communication over spontaneous dialogue. Messaging apps are already offering lists of predefined answers that we use to reply even to our family and friends. As many as 41% of those who currently use intelligent voice assistants would even want to use AI to automate their email replies.

The question is whether we really want to engage in sustained dialogue, or whether we favour impersonal, machine-like responses.

Consumers have a love-hate relationship with advertising. 40% say they do not mind advertising if it results in free services, whereas just over a third say they dislike ads completely.

But some believe the urge to provide compelling experiences might eventually cause ads to defeat their own purpose. Today, only a small number of consumers use premium versions of smartphone apps when free versions exist. However, ads using augmented reality (AR) and virtual reality (VR) will gain app-like functionality and could in essence turn into free versions of the products or services themselves.

Our photos are memories we have captured to revisit, but they may be turning into rooms we can actually walk around.

New technologies, for instance light field photography, are changing the nature of photos themselves, and we will eventually be able to revisit our memories from more angles than a flat picture frame allows.

Three out of four consumers believe taking photos at events such as weddings or birthdays and revisiting them in VR will be commonplace in only five years. On this, one in two already want a smartphone camera that lets you capture everything around you in 3D.

City streets are getting so crowded that citizens are looking to the skies for relief.

In fact, 39% of those surveyed, believe that their city is so congested that it needs a road network in the air for drones and flying vehicles.

Additionally, four in ten respondents are interested in using flying taxis. However, much like with the interest in a road network for the skies, this is perhaps more revealing of city inhabitants’ current frustration rather than the most economically viable type of transport.

The author of this blog is Michael Björn, head of research, ConsumerLab, Ericsson