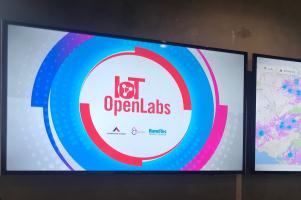 Everynet, a Low Power Wide Area (LPWA) network operator, has launched what is said to be the first IoT Experience Centre in Brazil. “IoT Open Labs” is an American Tower initiative with collaboration from Everynet and the Bantec Digital School, designed to provide a LoRaWAN (Internet of Things ) IoT Experience Centre and a national wholesale network. This aims to drive both knowledge, business adoption, ecosystem development and a fast and simple way to roll out IoT applications at scale.

IoT Open Labs is the first IoT Development and Experience Centre in Brazil and is a key part of American Tower’s drive to be one of the leading players in infrastructure sharing in the telecommunications sector in Brazil.

The Everynet Everywhere LoRaWAN RAN-sharing network topology is the core of the American Tower network and enables American Tower’s customers to run their own private LoRaWAN IoT networks that share the infrastructure deployed by American Tower. This wholesale business model offers a no capex model for MNO’s and Enterprise customers to rapidly deploy both ‘proof of concepts’ and scale roll out for their IoT use cases.

IoT Open Labs will be a place for partner companies, customers, developers and students to experiment, interact, test and understand end-to-end IoT applications running on a real network. Several applications across multiple IoT vertical markets will be demonstrated and available in the showcase area.

“We see significant potential growth in the country and believe we can continue to play a key role as partners in the deployment of telecommunications infrastructure. Brazil is an important part of ATC’s global strategy and a crucial market for us in Latin America,” said Flavio Cardoso, general director of American Tower in Brazil.

Roll out of the American Tower’s IoT LoRaWAN network begun in 2017 and has been deployed in the cities of São Paulo, Rio de Janeiro and Belo Horizonte, covering the metropolitan regions, which represents coverage for approximately 24% of Brazilian GDP.

Early this year, the network has been tested in real-life environments with applications from strategic partners. The network is scheduled to be fully operational by the end of 2018, covering more than 80 cities, and corresponding to approximately 50% of the Brazilian GDP. 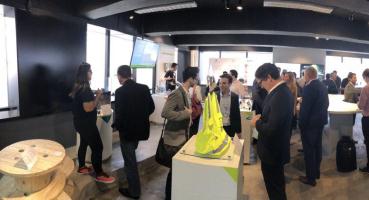 Potential users of this network include companies and enterprises requiring connectivity for a large number of devices for their own use, such as energy, water and gas distribution companies. “Connectivity will be marketed by both telecom operators as the LoRaWAN network can be used to complement their cellular networks in offering solutions or applications to their end customers – and by other channels such as solution integrators or virtual operators,” said Abel Camargo, senior director of Strategy and New Business of American Tower in Brazil.

“We are very pleased to collaborate with American Tower and that the Everynet Everywhere has been able to provide the wholesale solution to enable this first in Brazil. “IoT is all about bits, billions and cents and we make this simple and cost efficient to achieve. The IoT Experience Centre will drive knowledge, training, application development and a large ecosystem to capitalise on the American Tower infrastructure,” said Lawrence Latham, CEO, Everynet.