Life Lessons: Look at business as a game of chess
Login Register
Now Reading
The installed base of active cargo tracking units will reach 8.9mn by 2022, says Berg insight
NextPrev
665
0

The installed base of active cargo tracking units will reach 8.9mn by 2022, says Berg insight 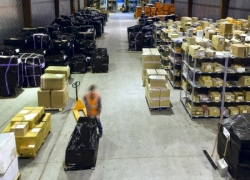 Growing at a compound annual growth rate (CAGR) of 19.6%, this number is expected to reach 8.9 million by 2022. Trailer telematics is today the most developed market, however in terms of installed units the intermodal container tracking market is expected to take over the leading position during the forecasted period.

The markets for rail freight wagon and air freight cargo tracking are considerably smaller but will grow substantially during the coming five years. Berg Insight ranks ORBCOMM as the largest vendor of tracking solutions for cargo loading units, having a significant installed base of trailers as well as containers.

The company has been highly involved in M&A activity related to real-time asset tracking, including notable acquisitions such as Blue Tree Systems, Euroscan and WAM Technologies. ORBCOMM has been involved in the Maersk/AT&T project to equip Maersk’s entire fleet of nearly 300,000 refrigerated containers with real-time tracking solutions. The project is one of the largest cellular-based industrial IoT deployments of its kind.

On the market for container tracking solutions, two major vendors are Envotech and Numerex based in Malaysia and the US respectively. Asto Telematics and Nexiot based in Europe and Amsted Rail based in North America are significant vendors of tracking solutions for rail freight wagons.

Sensitech and Sendum Wireless are moreover notable players in the general cargo segment, also offering solutions for air freight cargo tracking. Tracking of trailers, containers, rail wagons and cargo boxes has become increasingly common across all markets during the past years.

“The market for remote tracking solutions for cargo containers has entered a growth period that will continue for several years to come”, said Martin Bäckman, IoT analyst at Berg Insight. He adds that there will be a strong focus on increased supply chain visibility and transport security in the coming years.

“Customers today demand and expect information about the status and location of their shipments in real-time and shippers who cannot provide this type of data will miss out on business opportunities”, concludes Mr. Bäckman. 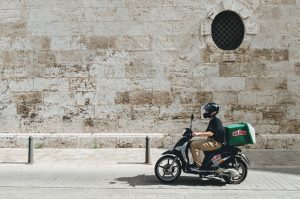