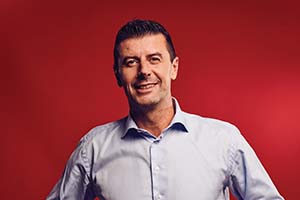 As global director of Vodafone IoT, Stefano Gastaut leads the mobile operator’s Internet of Things (IoT) business unit and is responsible for driving its IoT growth, business strategy, products and profit and loss at a global level, including for the Vodafone Automotive business. Prior to this role, Gastaut was chief executive of Vodafone Egypt, which provides services to more than 40 million customers. In this position he improved net promoter score (NPS) amongst consumer and enterprise customers, driving revenues and market share from 40% to 45% in two years.

Earlier, Gastaut was chief executive of Vodafone Partner Markets where he was responsible for forming strategic alliances with local operators around the world to extend Vodafone’s reach. Gastaut joined Vodafone in 2004 and has held a number of senior positions in both consumer and enterprise in Vodafone Italy and Vodafone Ireland.

At Mobile World Congress 2018, Gastaut shared his vision for Vodafone IoT and his views on the markets short to medium term development with George Malim, the managing editor of IoT Now 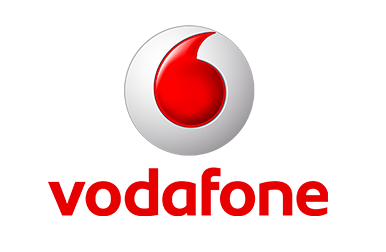 IoT Now: You’ve recently taken up your new role leading IoT within Vodafone. What attracted you to this position?

Stefano Gastaut: It’s an area in which we have clear leadership and therefore a business in which Vodafone can have a say. This is a relatively new business in Vodafone with new challenges but big opportunities as well. We can be at the forefront of those and I find that stimulating.

The other attraction is that this sector is going to go through rapid change. I’m sure that in five years, when we look back, we’ll say we thought IoT would be x and instead it’s y – that’s going to be an exciting environment to work in.

IoT Now: Which verticals do you see as having the greatest short-to-mid-term potential?

SG: There are probably three verticals in terms of simple connection volumes that will be big but then I’d add some services as well. The three verticals are utilities, automotive and healthcare. We see those three today and in the next three years as the dominating verticals on the connection side of IoT.

However, when I look at services in addition to pure connections, the clear industry leading the way is in the automotive sector. A second, less obvious market, is insurance with insurance services based on IoT presenting an enormous opportunity. We really think insurance will be profoundly changed by IoT and it’s important to recognise that I’m not talking about this change happening in ten years but in the next two or three years.

The key reason for this is that the core business of insurers is pricing risks. The more information you have available to do that, the better at it you become. For example, with motor insurance the charge used to be based on the main driver’s demographic details and driving history. However, being able to charge based on each user’s driving style and duration is clearly more powerful. IoT gives insurers access to a huge pool of data to enable them to price more accurately.

This could easily extend beyond automotive to home, travel and health insurance – in fact, anywhere you see the possibility to provide specific, individualised data as opposed to generic information is where insurers will be able to generate value. The number of connections might not hit the same volumes as for utilities but in insurance the use cases offer great value to the insurer.

In contrast to the automotive sector in which service providers are adding hardware and data traffic and hoping to build services on top, in insurance, you’re replacing a traditional, existing business with a new approach where you can be more accurate so it’s an easier transition to make. In the insurance industry some of the players have really figured this out while others are reluctant to accept the destiny of the industry. I think those that are going full speed towards IoTenabled insurance will be proved to be right.

IoT Now: Now that IoT is moving out of the pilot project and test phase and entering the mainstream in many sectors, how do you see the market developing?

SG: There are several layers to this question. First, our customers are expecting that we provide them with predictability and that means devices and solutions backed by service level agreements (SLAs). We’re moving away from pricing IoT in terms of the quantity of data and moving to agreed levels of service. Customers realise how important it is for specific quality of service to be provided to enable effective delivery.

Another model we’re starting to see is pricing based on outcomes. This involves a service that generates €x value remunerating a service provider with a percentage of that value. The second point is that technically solutions are more standardised. In the past it was acceptable to have a unique and distinct project per customer. The development of more standardisation will mean new customers will become more comfortable deploying IoT solutions.

Finally, the increased maturity of IoT places new demands on us to adopt more mature processes and behaviours. Part of the strategic review I’m doing now is to identify how to do this effectively. Today, we really see chief executives of our customers getting involved, as well as chief technology officers and procurement people. However, five years ago, IoT was championed by advanced technical personnel but now it’s chief executives who realise IoT presents an opportunity for them to change their businesses.

IoT Now: Obviously you have connectivity but what wider role do you see Vodafone having in the development of IoT?

SG: Connectivity in itself is and will remain core to what we do. However, how we provide it will change because instead of providing 3G and 4G connections we’ll also provide Narrowband IoT (NB-IoT) and any other technologies that are needed to serve our customers.

We’re building the machine network but it’s not one thing that will be the same – with the arrival of 5G it will change again. The delivery technology will therefore change continuously.

We won’t just provide connectivity. In some verticals we’ve decided to play a major role in the service side of IoT. In the automotive industry we play this role and insurance is another area in which we’re already providing services beyond connectivity and will scale up our activities. I believe that in five years we will have a big IoT connections business but one that is more complex in terms of connection technologies. In addition to that we’ll have a substantial services business serving two or three more industries in addition to automotive and insurance.

IoT Now: What do you see as the key IoT trends in the next few years? SG: The largest and foremost trend for all IoT technologies is that everything becomes a service. The moment you accept everything decentralises and is a service, you need a direct connection. In automotive, it’s evident that’s going to happen.

The second trend to highlight is that there will be multiple layers of technology and it won’t be an either/or question of whether NB-IoT or 5G is best. There will be many different technical options coming down the line.

IoT Now: What can we expect from Vodafone IoT in the coming year?

SG: Obviously I can’t mention specific plans but in general terms you will see some really clear investments in strengthening our leadership presence in connectivity. We already have some NB-IoT coverage in nine countries and we will build more of that for sure.

Another area we’re focusing on is evolving smart capabilities to our connectivity platform. We will be building on our analytics and device management capabilities as the marketplace wants.

You’re also likely to see some activities in the services parts of the automotive and insurance industries from us. An industry is in the making here and we’ll pursue the opportunities along internal and potentially external lines to achieve leadership.

The final aspect to mention is Vodafone’s commitment to the IoT market. Digital transformation is not possible without IoT and we see our leadership in this technology as a valuable catalyst for growth not just at Vodafone but for the sector as a whole.