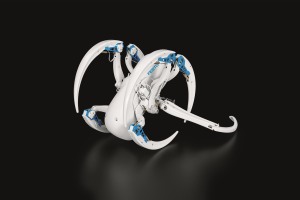 Festo, the supplier of automation equipment, has unveiled two new lightweight robotic concepts, inspired by nature.The BionicWheelBot and BionicFlyingFox are this year’s creations from the company’s Bionic Learning Network, where Festo’s experts looked at the motion of spiders and bats to navigate complex situations — from crossing rocky terrain to learning efficient flight paths.

BionicWheelBot robot is based on the flic-flac spider, which lives in the Sahara and escapes predators with cartwheels and flips. Bionics professor Ingo Rechenberg, who discovered the spider, was involved in helping to design Festo’s version, whereby its intricate motion has been transferred to kinematics and drive technology. 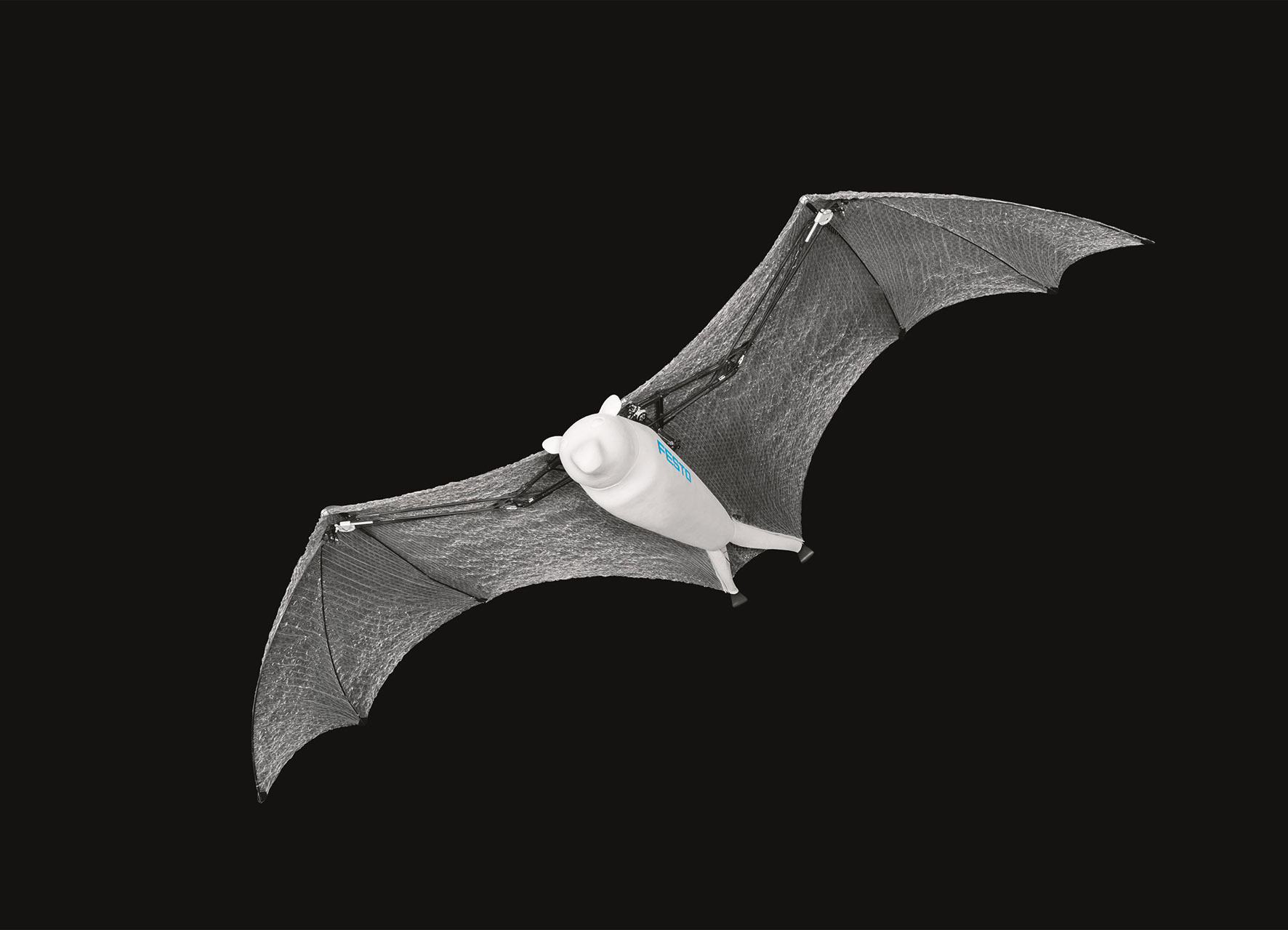 It has eight legs which are controlled by 15 motors within the knee joints and body. When it rolls, it does a somersault with its whole body, tucking in six of the legs and using the remaining two to push off the ground with every rotation. Thanks to an integrated inertial sensor, the robot knows its position and when to push while rolling.

Festo has also created BionicFlyingFox based on the movement of world’s largest bat. This project required some out-of-the-box thinking when it came to creating the wings: “The model’s flying membrane is wafer-thin and ultralight but also robust,” explains Steve Sands, Festo. “It consists of two airtight films and a knitted elastane fabric, which are welded together at approximately 45,000 points.

Due to its elasticity, it stays almost uncreased, even when the wings are retracted. The fabric’s honeycomb structure prevents small cracks in the flying membrane from getting bigger. This means that the BionicFlyingFox can continue flying even if the fabric sustains minor damage.” 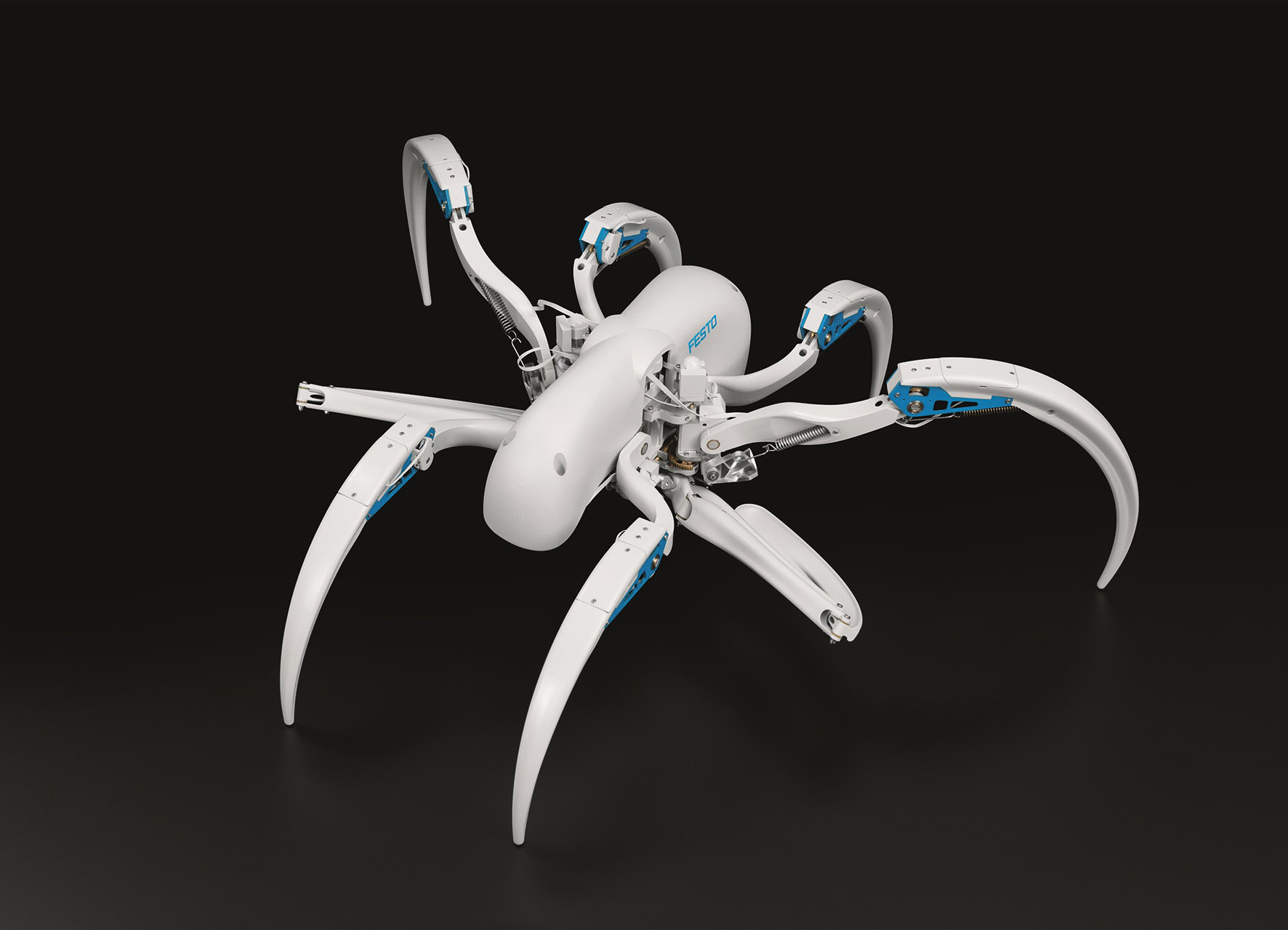 The flying fox can move semi-autonomously in a defined space by communicating with a motion-tracking system that constantly records its position. Images from a camera go to a computer which evaluates the data and coordinates the bat’s flight. Its wing movements are calculated using on-board electronics, with a 9g brushless DC motor driving the flapping of the wings via a rack-and-pinion gear system. Take-off and landing are controlled by a human operator.

Festo initiated the Bionic Learning Network, which is closely linked with the processes of innovation within the company, over ten years ago. In cooperation with students, renowned universities, institutes and development companies, Festo sponsors projects, testbeds and technology platforms. The objective is to benefit from bionics as a source of inspiration for new technologies and to realise these in industrial automation.