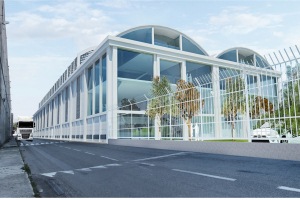 France-IX, the Internet peering service provider in France, announced it is delivering greater connectivity to its peering members and supporting the rapid growth of the Marseille international gateway with the opening of its third point of presence (PoP) in Interxion’s new MRS2 datacentre.

The increased capacity from its new Marseille PoP will enable France-IX to boost delivery of its full range of peering services via 1G, 10G and 100G ports supported with high quality standards, which last year allowed the delivery of a service availability of 99.9998% in Marseille and a provisioning time of between three to five business days. Marseille peering members also benefit from access to competitively priced and rapidly provisioned IP transit, anti DDoS, cloud direct access, Ethernet transport, as well as paid and remote peering provided by its three Marketplace partners in Marseille: Hurricane Electric, Orange and Sparkle.

The increased capacity from the new PoP will also benefit France-IX remote peering partners, which have tripled in number over the past 18 months in Marseille: Angola Cables, BICS, Epsilon, ielo-liazo and Sparkle, provide a one-stop-shop from their aggregated 180 PoPs in France and worldwide, directly to the France-IX Marseille community.

Since opening its first PoP at Interxion MRS1 in 2013, followed by its second at the Jaguar Network MRS01 datacentre in 2015, the France-IX Marseille community has grown by 20% per year on average, with a number of members more than doubling and a 130 Gbps peak in traffic recorded in the first quarter of 2018.

Today, a total of 46 members, including carriers, ISPs, content providers, hosting service providers, CDNs and public cloud providers are connected at France-IX Marseille, with international members like Mauritius Telecom, TELIN, Angola Cables, Djibouti Télécom, Swisscom, Taqnia Space Co., Sify Technologies and Etisalat all joining in the past year and significantly increasing the value for the community.

“It was critical for us to continue our expansion in Marseille in order to meet demand for our members’ requirements and boost capacity for new members looking to expand in the region,” explains Franck Simon, president at France-IX. “In addition, having Interxion MRS2 connected to Interxion MRS1 will allow us to add redundancy and increase resilience.”

With 13 submarine cables deployed over 20,000 km and connecting dozens of countries across Europe, Africa, the Middle-East and Asia, Marseille is a true gateway for carriers, ISPs and CDNs wishing to deliver content and services beyond Europe.

“Marseille is located at the crossroads of connectivity between Europe, Asia, Africa and the Middle-East. We always believed it would play a key role in the digital growth in the region and in France and we were right – the local ecosystem has developed considerably in just a few years, both in terms of traffic exchanged and number of members,” concludes Franck Simon.