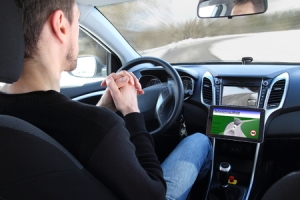 Velodyne LiDAR Inc. announced it is sponsoring the SmartDrivingCar Summit, which takes place on May 16-17 in Princeton, N.J. and brings together buyers, sellers and facilitators of autonomous cars, trucks and buses. At the conference, Velodyne LiDAR will discuss and demonstrate LiDAR technology that is primed to lead the autonomous revolution to highway speeds.

The SmartDrivingCar Summit looks at the economic forces behind deployment and commercialisation of autonomous vehicle technology – supply, demand and public oversight. The event is co-chaired by professor Alain Kornhauser of Princeton University and features a mix of academic, industry and government speakers with each session packed with multiple experts.

“High-resolution, long-range LiDAR is critical to navigate autonomous cars and provide vehicle safety,” said John Eggert, director, Automotive Sales & Marketing at Velodyne LiDAR. “With an unmatched combination of high resolution, long range, and wide field of view, the Velodyne VLS-128 is positioned to be the world’s most capable LiDAR, providing the leading perception to accelerate the development of driverless cars.”

The summit will feature a live automotive demonstration of the Velodyne VLS-128™, which is on its way to become the new standard for fully autonomous cars and cars equipped with advanced safety features since its introduction in November 2017. The success of the Velodyne VLS-128 is due in part to the unchallenged quantity of data it produces in real time at top speed. It has up to 0.1 degree image resolution at up to 300-metre range.

At the summit, Eggert will speak at two conference sessions. During his presentations, Eggert will review the advances in the evolving state-of-the-art in LiDAR technology, and also discuss near-term technological opportunities and challenges in autonomous vehicle technology.

“SmartDrivingCars …Buses & …Trucks will disrupt and revolutionise mobility for communities, corporations and consumers,” said professor Kornhauser. “The SmartDrivingCar Summit aims to accelerate the commercialisation and deployment of SmartDriving technology, so society can begin to capture its benefits. The conference brings together industry leaders, such as Velodyne LiDAR, that are working to achieve safety, convenience and mobility for all.”