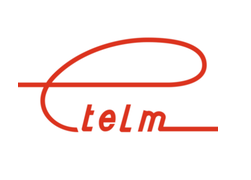 While TETRA and LTE interconnection is raising many challenges for the mission critical industry, it is important to consider alternative ways of leveraging legacy technologies to move forward with LTE, says Nicolas Hauswald, director of Sales and Marketing at ETELM.

Speaking today at Critical Communications World 2018 in Berlin, Hauswald commented that barriers preventing users from deploying LTE could be removed by using an integrated solution instead of an interconnected solution.

In his presentation, Hauswald addressed how Private LTE has been a hot topic for several years yet very few deployments are witnessed in the field, which is partly because of the technical, operational and financial challenges raised by TETRA and LTE interconnection.

“There are many challenges to overcome when looking at ways to connect TETRA and LTE users, including performance, features, interoperability, management, maintainability, security and costs of operation,” Hauswald commented. “These challenges are creating barriers for users to deploy LTE.”

Describing the advantages of using both LTE and TETRA, Hauswald said: “TETRA is widely deployed and has been a proven technology for 15-20 years for use cases such as cities, industrial campuses, and critical, tactical sites. It works in lower bands so has good coverage and lower costs. However, LTE allows much more bandwidth and opens a new world for applications, especially now new LTE mission critical standards are being established by 3GPP.”

He continued: “An integrated solution is a new approach to interconnection. By allowing TETRA and LTE to interwork in a unified way, the integration is not limited to the application layer and for optimum performances and maintainability, base stations from both technologies are connected to a single core and a single database. All the switching intelligence is centralised and both technologies appear at the radio level. In addition, all interfaces are standardised.”

Hauswald summarised the benefits of this approach, including how it provides financial benefits of one single network, an optimised solution for technical performances, an answer to operational challenges, and is operationally fit for hybrid solutions. He then described the results achieved following deployments of ETELM’s 4GLinked solution, which was designed to integrate TETRA and LTE in a single core, single database solution.

“Following our drive to integrate broadband and narrowband technologies, ETELM developed 4GLinked. The solutionprovides seamless inter-working between broadband and narrowband solutions in full compliance with 3GPP LTE and MC standards, and fully integrates TETRA base stations to the LTE Core – providing a single network solution for all secure voice and data communications,” Hauswald added.