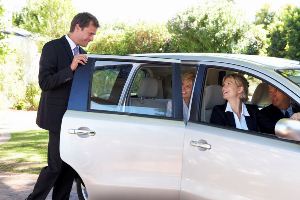 Automaker investment and engagement with so-called “new mobility” services is on the rise, as more organisations view the endeavors as data-gathering exercises for a possible future without car ownership. However, the user experience (UX) of these new services is often an afterthought, particularly for car-sharing services.

A new report from the In-vehicle UX (IVX) group at Strategy Analytics, “Most Consumers Satisfied with Mobility Services, but Not All Models are Winners” surveying current and former mobility service users in the US, Western Europe, and China, has found that despite some tempered enthusiasm among car owners in Europe, consumer satisfaction is strong and wide-ranging. In particular, satisfaction with ride-hailing was especially strong in China.

Derek Viita, senior analyst and report author commented, “For any service that wishes to improve their perception among users, we urge a greater focus on UX-centric factors important to travelers, particularly the usability of the service itself via the app, the on-board experience, or the availability model.”