Home › IoT News › Cybercriminals have seven-day advantage to weaponise vulnerabilities, according to new research from Tenable 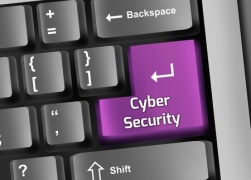 Tenable®, Inc., the Cyber Exposure company, released a new research report that quantifies the window of opportunity cybercriminals have to weaponise vulnerabilities. The research found that cybercriminals have a median seven-day window of opportunity during which they can exploit a vulnerability to attack their victims, potentially siphoning sensitive data, launching ransomware attacks and causing extensive financial damage before organisations even take the first step to determine their Cyber Exposure and whether they are at risk.

According to the report, which was developed by Tenable’s newly expanded research team, it takes a median six days for a cybercriminal to weaponise vulnerabilities once a new public exploit first becomes available.

However, security teams can take a median 13 days before launching their initial assessment for a new vulnerability — the first, crucial step in determining overall Cyber Exposure in modern computing environments. The resulting seven-day lag time means that cybercriminals can attack their victims at will while security teams and their organisations remain in the dark as to the true level of risk to the business.

Digital transformation has radically increased the number and type of new technologies and compute platforms – from Cloud to IoT to Operational Technology – and led to a dramatic growth in the attack surface. Inevitably, this expanding attack surface has given rise to an unrelenting barrage of vulnerabilities. Yet many organisations still run their operations programs on fixed cycles — every six weeks, for example — as though they were operating only legacy IT environments, not the dynamic computing platforms of today.

Latency is therefore built directly into the cybersecurity process, giving the attacker the advantage from the outset as security and IT teams operate in organisational silos. Many CISOs are left struggling to gain basic visibility into a constantly changing threat landscape and are hampered in their efforts to manage cyber risk proactively based on business criticality.

“This report illustrates the stark reality facing organisations today — cybercriminals and security teams are engaged in a never-ending sprint to seize the first-mover advantage whenever a new vulnerability is discovered. But CISOs are consistently at a disadvantage in large part due to antiquated processes and tools.

We must put the CISO in the driver’s seat so organisations can proactively measure and manage cyber risk in the same way as other business risks,” said Tom Parsons, senior director of product management, Tenable. “In a digital economy powered by the cloud, business applications and DevOps cycles, it’s imperative that organisations establish good cyber hygiene, which starts with maintaining live and holistic views into their systems at all times. That’s a critical step toward reducing Cyber Exposure and eliminating the attackers’ advantage.”

The research indicates that:

The Cyber Exposure gap cannot be reduced by the security organisation alone, but necessitates better alignment with operational business units. This means providing security and IT teams common visibility into enterprise systems and assets and continually assessing for vulnerabilities and prioritising remediation based on business criticality.

The research indicates the criticality of proactively and holistically analysing and measuring Cyber Exposure across the entire modern attack surface. Live visibility is not only a foundational element of cyber hygiene but also is the only way for organisations to flip the advantage to the defenders across the majority of vulnerabilities.