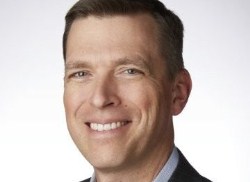 Apstra® Inc., the provider of Intent-Based Networking, announced that Awnix, a provider of cloud services and products, has deployed the first AOS® supported deployment of OpenSwitch (OPX) on Dell Z9100-ON switches in a Tier 1 service provider production network.

The telecom service provider deployment includes a combined solution as part of a hybrid cloud for OpenStack Deployments and is part of an open IaaS network infrastructure offering.

The Awnix, Dell EMC, Apstra solution provides a cloud platform that meets the needs of both internal and external users at the telecom provider. The solution includes the features and ease of use desired by the service provider, while increasing control, auditability, security, and ease of management. The outcome is lower cost—beyond what is available from public cloud service providers or proprietary on-premise alternatives.

“The Z9100s are amazing. In fact, the entire line of Open Networking switches from Dell EMC is phenomenal – and Apstra’s AOS software is the best management and monitoring tool I’ve seen for networking in decades,” said Rick Kundiger, Awnix CEO.

“100Gb is the new 10Gb; big brands are the past; cost effective devices and tools, security, and reduced lock-in are in now. In today’s highly competitive cloud and IoT space, companies that can iterate faster for less will win. By combining our cloud with Dell EMC’s switches and Apstra AOS for management, we can help customers achieve that desired win.”

“Apstra’s AOS provides scalable vendor-independent intent-based automation of the entire life cycle of network services – from day zero, to day one, to day two and beyond – including change operations, as well as advanced intent-based analytics for unmatched reliability, visibility, and troubleshooting ability,” said Mansour Karam, CEO and founder at Apstra.

“As new products become available, they can be incorporated seamlessly without having to change operating procedures. Apstra is pleased to collaborate with Dell EMC and Awnix to deliver the first AOS support for an OPX cloud deployment in a Tier 1 service provider production network, providing greatly enhanced agility, reliability and reduced cost.”