IIoT as an enabler of MRO in the Industry 4.0 era: Part 1 - IoT Now News - How to run an IoT enabled business

Government-led industrial automation initiatives such as Industry 4.0 and the broader approach of the Industrial Internet of Things, (IIoT), are having a profound effect on manufacturing, says Darren Hobbs, of S3 Semiconductors. Promising to make industrial processes and organisations more efficient, profitable and agile, it relies on data capture and analysis in addition to achieving more with the production assets available.

Achieving more means that plants needs to be kept in optimal working condition and constantly monitored for signs of wear or potential failure. Downtime needs to be carefully managed and kept to an absolute minimum. In this article, we look at how IIoT technologies are enabling transformation of Maintenance, Repair and Operations, (MRO), and also at the critical role played by sensors in enabling this transformation.

Industry 4.0 is based on the “smart factory,” in which cyber-physical systems monitor the physical processes of the factory and make decentralised decisions.

Classic characteristics of an Industry 4.0 factory or system include:

The growth in sophistication of production processes driven by Industry 4.0 technologies correspondingly increases the demands on MRO; as the environment becomes more and more competitive, the need to drive more value from assets increases, particularly in capital intensive industries, such as aerospace, oil & gas, mining, chemicals and metal processing.

Maximising return on the asset base involves both extending their life and also keeping them online as much as possible whilst respecting regulatory, safety and other regulations. Driven initially by the airline industry, where MRO constitutes 12 –15% of operating costs, the importance of MRO as a business discipline has grown in-line with the increased focus on return on assets.

The aircraft industry has arguably led the way in the evolution of MRO with origins traceable back to the early 1950s where innovative business models have developed in this sector, driven by the numbers of suppliers playing in this space. Overall drivers for MRO strategies vary from industry to industry but have reduction in operational expenditure and improvement in productivity in common.

Other factors such as safety, regulatory compliance and customer satisfaction may have equal importance, depending on the industry. In the aircraft business for example safety is critical and in a factory unscheduled downtime may lead to lost production, translating to lost revenues and/or a dip in customer satisfaction levels.

A modern aircraft in flight is capable of generating terabytes of data from its on-board sensors with an engine alone having as many as 5,000 elements monitored every second. This data can be constantly analysed during the flight and used to identify any ongoing maintenance issues and requirements.

Supplies can be ordered and maintenance crews scheduled whilst the aircraft is still in flight so that, when it lands, everything is in place – technicians, documentation, parts, etc. – to ensure a rapid turnaround, with the aircraft being serviced and ready for its next flight, with minimal time on the ground. (“Aircraft on Ground” (AOG) time is a crucial factor; for every second that a civil aircraft isn’t flying, the airline is losing money)

The above example also highlights the scope of MRO, covering data acquisition, transmission, storage and analysis of data, maintenance procedures and documentation and ERP functionality, including resource scheduling and supply chain operations. Other areas which may be brought to bear in this scenario may include smart inventory and also customer facing processes such as baggage tracking.

Similar scenarios can be envisioned in other industries where the increasing deployment of IIoT sensors is enabling the early signs of asset fatigue or failure to be spotted before they become critical.

Traditional approaches to MRO based on preventative maintenance can be costly in terms of labour, parts and impact of downtime – for example it may cost as much as $1 million (€0.86 million)per hour to shut down an oil refinery.

The author of this blog is Darren Hobbs, director of Marketing and Strategy at S3 Semiconductors

Darren Hobbs is a graduate of University College Cork and the Henley Management College. He has over 20 years’ experience operating in the semiconductor industry in roles such as CMO, Product Line Management, Product Marketing and Project Management in a mix of SME and large multinationals.

Lack of budget and security skills from protecting data in the cloud, says Netwrix study 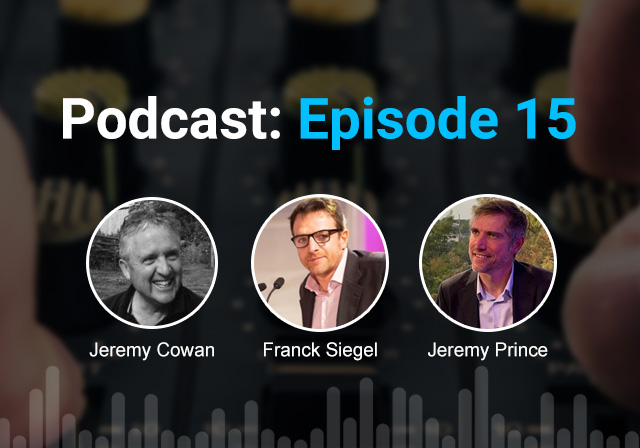 Sigfox’s CEO, Jeremy Prince says small can be beautiful; you don’t need to build a motorway to ride a bicycle. His company has invested €300 million in a decade rolling out a 72-country network, but in telco network terms that’s loose change. The market has matured since 2010, says Sigfox’s deputy CEO, Franck Siegel. They