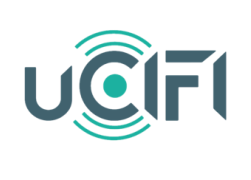 An international alliance of market leaders from across the smart city, smart energy and IoT network sectors joined cities and utilities in announcing they will develop an open source, multi-transport wireless networking technology and data model that will unlock these markets by eliminating the dependency on proprietary solutions.

Meeting during the IoT Tech Expo Europe in Amsterdam, the uCIFI Alliance said that smart Internet of Things (IoT) projects for managing streetlights, parking, traffic, waste collection, power grids, metering and other applications are launched continuously by cities or utilities around the world.

Despite this proliferation of projects, network owners face a hurdle to either integrate multiple proprietary systems and APIs or deal with a dependence on single-source suppliers for network hardware or software layers.

The uCIFI Alliance’s goal is to free end customers of their dependence on single-source suppliers and to drastically reduce the complexity for device suppliers and integrators to deliver data and services in a consistent manner regardless of the underlying network.

Founding industrial members of the uCIFI Alliance include Kerlink, a global leader in end-to-end network solutions dedicated to the IoT; EDMI, a worldwide leader in smart energy solutions, and Schréder, a global leader in smart street lighting. They were joined in the alliance launch by Engie and ST Engineering Electronics and pioneering end-customers,such as Sibelga (Belgium), the Brussels utility, Auckland Transport (New Zealand), and Nantes Metropole (France).

“Bringing smart technologies to the world’s municipalities and power-and-water suppliers allows tremendous efficiency in delivery of services, while dramatically increasing convenience for end users,” said Yannick Delibie, co-founder and CTIO of Kerlink. “But cities and utilities often have to untangle a host of unnecessarily complicated technical details to deploy their smart networks, which delays launch and adds cost. The uCIFI Alliance is committed to promoting simple, cost-efficient, open source wireless networking references to unlock the full potential of these smart networks.”

With LPWAN networks, each device supplier has its own data format, cloud and API. In addition, only proprietary solutions exist with sub-GHz long-range mesh networks. The founding companies of the uCIFI Alliance, and the cities and utilities that support this open initiative, share a common vision that these markets will be opened up if cities and utilities have the choice among competing but interoperable vendor products based on an open source code base.

Based in Beaverton, Oregon, USA, the non-profit alliance will specify a unified data model and interface across multiple IoT networks, including LoRaWAN, NB-IoT and an open-source sub-GHz long-distance mesh network that shall also be specified by the alliance. This will provide both device-to-device and device-to-cloud IoT communication to cities and utilities independently from any proprietary vendor.

The standardised open source, sub-GHz long-range Wi-SUN-compliant meshing networking technology specified by uCIFI will complement existing transports, such as LoRaWAN, NB-IoT, and Bluetooth 5/Mesh creating a rich toolkit for solutions providers and their customers. This will provide higher network performance and allow device-to-device communication for use cases such as dynamic outdoor lighting and energy demand response.

“We are really excited about uCIFI. It will enable EDMI to offer a new generation of smart energy solutions, providing our customers with an alternative option for connecting their smart devices both in the utility and IoT space,” said How New Seng, CEO at EDMI. “With more bandwidth and an even more reliable network, we will provide more data and more services to our customers. Joining forces in the uCIFI Alliance with other IoT market leaders makes it possible to develop the only open and interoperable sub-GHz mesh network, requested by many of our customers”.

“With uCIFI, Schréder will provide the first truly open and interoperable smart streetlight solution, supporting both LoRaWAN and sub-GHz mesh with uCIFI-compliant interfaces, while existing solutions are proprietary and make cities depend on a single network or device supplier. The uCIFI Alliance is a real opportunity for Schréder to continue being the most innovative company in our field and to provide a new generation of smart city applications to our customers around the world”, said Nicolas Keutgen, chief innovation officer at Schréder.

“Kerlink’s existing outdoor and indoor LoRaWAN gateways will soon be upgradable to also support uCIFI open mesh networks”, said Delibie, who also is CEO of Kerlink’s U.S. subsidiary, Kerlink Inc. “This will provide our customers’ end users with the ability to control, command and monitor millions of both constantly powered and battery-powered devices, thanks to the native combination of uCIFI mesh and LoRaWAN networking technologies, without the need to deploy extra infrastructure”.

“Joining the uCIFI Alliance reinforces ST Engineering Electronics’ efforts to ensure our WISX IoT solutions continue to adopt an open standard approach, delivering greater benefits to our customers and industry partners,” said Yao Shih Jih, general manager, Info-Comm Systems, ST Engineering Electronics. “Our IoT solutions can be deployed across domains and industries, allowing seamless data exchange, analytics and sharing of software and tools for multiple applications on a common IoT platform. This will lead to the adoption of IoT with a shorter market cycle, enabling our customers to fully embrace the benefits of IoT interoperability.”

Together, the uCIFI Alliance members connect millions of devices every year. The alliance partners will conduct field tests of the uCIFI unified data model and the uCIFI open-source mesh sub-GHz networking technology prior to September 2018 and release a first open source version to member companies by end of the year.