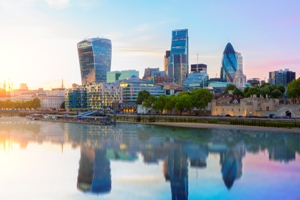 There are many who talk about 5G but few, says John Strand of Strand Consult, have described what it takes to create a healthy 5G market with network deployment, service development, business models and customer demand.

Strand Consult has followed the mobile market for 24 years, describing its highs and lows. One of the big flops was the launch of 3G around the year 2000. Operators spent billions on spectrum but demand and average revenue per user (ARPU) failed to deliver the expected growth. It’s an important lesson when looking at the many 5G dreams around the world.

Recently five Nordic prime ministers (the leaders of Denmark, Sweden, Norway, Finland and Iceland) signed a Letter of Intent Development of 5G in the Nordic region, a declaration that the region should be the global leader in 5G. It sounds good and is likely appreciated by Nordic-based companies Ericsson and Nokia. The problem is that the region gave up its lead years ago, and it’s probably too late to get it back.

It’s not that the Nordic region doesn’t have the willingness, the problem is the constraints imposed by the European Union (EU). It doesn’t take a rocket scientist to understand why investment is flooding to the USA while it has essentially stopped in the EU.

Listen to the 2018 Mobile World Congress event featuring the FCC’s Ajit Pai on pro-growth policies for 5G versus the Andrus Ansip from the European Commission. Ansip repeated what he said in 2015 without being able to highlight any results. You will instantly decide where to place your hard-earned money, and it will not be in the EU.

The Nordic ministers describe creating a common 5G space with harmonised spectrum, test beds, infrastructure rollout, and socially beneficial applications. While important and necessary, these policies are secondary to the funds to support the preliminary financial investment.

Operators are expected to put up the funds, regardless of a business case. Indeed, while the ministers may celebrate the 5G future, a combination of bad EU and national policy have unwittingly undermined the industry’s ability to invest.

To be clear, the telecom industry does not need subsidies or handouts from the government. However, it does need a fair, balanced and transparent framework to support investment.

What is going in the US, South Korea, and China with 5G is exciting. These countries are building a five-lane highway to the future, removing regulatory barriers at all levels and increasing investment. The EU is going the opposite direction: putting up ever more regulatory roadblocks and reducing financial incentives.

The historical facts show that the statement made by the Nordic prime ministers has little value. EU leaders did the same thing at the Mobile World Congress in 2015, and nothing came of it. In fact, it has gotten worse, not better, in the EU for 5G. These statements are the worst things because leaders merely point to their grand statements, but fail to implement meaningful policy. Meanwhile, the top leaders of the US and China say very little on 5G, but things are moving quickly. It’s the actions that count.

By the 2018 Mobile World Congress, the EU stopped talking about Europe’s “leadership” in 5G because the lack of it has become so embarrassing. The global mobile power centre has shifted to the US and East Asia. The only people who take the Nordic ministers seriously are those who are ignorant to what is happening in the rest of the world. The Nordic vision is already a reality in the US, China, and South Korea. Operators AT&T, Verizon and T-Mobile are already doing what Europe dreams about.

The EU was once in the lead, but has been on the wrong path for years

The GSM agreement was signed in Denmark on September 7, 1987. It was the time when companies in the Nordic region developed new wireless technology and commercialised it. In Denmark, Nokia, Siemens, Motorola, Intel and others had major R&D centres where they developed technology and exported it globally.

Denmark had a leading position in telecommunications that is similar to its leadership in wind turbines today. It wasn’t necessary for Denmark and the EU to lose their edge in telecommunications, but national and EU leaders decided that telecom players should be sacrificed at the altar of feel good/look good politics.

The Nordic agreement of 2018 looks a lot like the EU one from 2015. Nice words with incentives for investment. While European leaders are sipping tea and signing letters, the Americans and Chinese have blasted forward, building the networks of the future. No amount of pretty words will resurrect the dead companies of Europe. Actions, not words, are what’s needed. The US has not been afraid to repeal bad telecom policies that didn’t work. The EU refuses to admit its mistakes and continues to double-down on what has failed.

Over the last 12 years, US operators have invested twice as much in infrastructure as European, and 5G networks and solutions are expected to be live this year. In February AT&T announced their plans and Verizon their plans.

As a Dane, I remember the Nordic region at the bleeding edge of mobile wireless innovation. Thousands were employed in the industry. We used to develop cool wireless technologies, manufacture phones and devices, and export our innovation. Now we just have the memory of greatness, like seeing the Viking display at the National Museum.

If you want to read about 5G, see the press releases from the EU. But if you want to see it, go to the US or China.

Strand Consult has described many of these challenges in relation to deploying 5G infrastructure in our research project How to deploy 5G: Best practices for infrastructure, regulation and business models and the report Understanding the GDPR and Its Unintended Consequences describes the challenges imposed by GDPR and in a series of reports about net neutrality and how the rules have been made in Europe, we have described how the net neutrality regulation has a negative impact on innovation in Europe Net Neutrality in EU after 1 Year: Unintended Consequences for operators, content providers, and consumers.

The author of this blog is John Strand, founder and CEO of Copenhagen-based Strand Consult