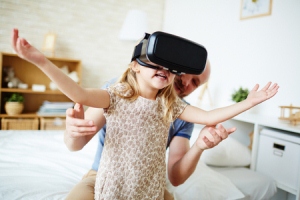 There’s been a lot of talk about virtualisation in the telecoms world over the past decade. We’ve heard all about how it will enable service providers to drive down capital expenditure, simplify configuration and maintenance, and improve the agility of their networks,allowing them to provide the highest Quality of Experience (QoE) to the end user, who demands 4G access.

But, asks Alistair Grant, business development EMEA at Adax, are service providers truly seeing the fruits of their labour? Have they actually got to grips with today’s virtual world?

The Internet of Things (IoT) is the buzzword on everyone’s lips, both in the consumer and business world. However, in a recent survey of service providers and network operators, respondents claimed the biggest barriers to adoption are network/service agility (23.3%) and the impact on network performance/reliability (14%). To address these headaches, service providers should consider adopting a Virtual Packet Core (VPC) – a solution which can be defined as a framework for virtualising the functions required to converge voice and data on 4G/LTE networks.

The need for 4G/LTE infrastructure and the demand for virtualisation to reduce Capex and Opex, improve network performance/reliability, and allow for greater network agility, comes together in the VPC. Virtualisation enables the control and data planes to be separated and deployed in virtual machines. At the same time, the Distributed Packet Core, where modules (PGW, SGW, MME, HSS, etc.) are distributed according to need and demand across the network, achieves a similar outcome but in a slightly different way.

Putting this into practice, Mobile Virtual Network Operators (MVNOs) are a classic example of a key market segment that will rely upon virtualisation solutions to grow. They want the independence of creating their own core network rather than renting wholesale services from a major service provider. The VPC works effectively for them because of its modularity, scalability and flexibility.

The modularity aspect of a VPC enables different functions to be split up, allowing all components to be deployed separately or in any combination at the most appropriate point in the network. As a result, these virtual operators avoid expensive hardware investment and larger operators benefit from a single point of control plane management. This level of scalability enables the solution to be tailored precisely to suit each and every customer’s needs.

Service providers should look to a VPC solution that already comes with a separated control plane and data plane, and is modular, enabling all core elements to be deployed independently. This will prove vital in the connected word we live in today, due to the fact it will deliver flexibility and scalability for the IoT vendors, MVNOs and WiMax replacement vendors to build cost-effective core networks that they’ll only pay for as they grow.

In today’s fast-paced climate, it is important that operators understand and embrace the virtualisation aspect of the VPC and start to implement it. The benefits to them are vast, most importantly the cost savings but also providing a higher performance level, modularity, scalability and flexibility which result in a far better level of connectivity for the end user. This solution can be tailored to suit many different needs due to the range of components which can be employed and deployed. Therefore, it’s now time for operators to deploy VPC in large scale LTE networks.

The author of this blog is Alistair Grant, business development EMEA at Adax