European cellular IoT market to grow 384% by 2023, but telcos warned of LoRa, Sigfox - IoT Now News - How to run an IoT enabled business 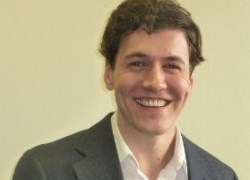 The European market for cellular machine-to-machine (M2M) communications will grow to 416.5 million connections by 2023, from 86 million at the end of 2017, according to ABI Research. This growth, of 384%, will come with the launch of new Internet-of-Things (IoT) based LTE-M and NB-IoT networks and services, notably.

However, ABI warned European operators must seek new business models to retain their overall market share, and fight off competition from non-cellular low-power, wide-area (LPWA) technologies like LoRa and Sigfox.

“While cellular LPWA connections such as NB-IoT and LTE-M will make up the largest portion of M2M connections in Europe in 2023, operators will face increased competition from non-cellular technologies such as SigFox and LoRa,” saids Ryan Harbison, research analyst at ABI Research, and author of a new report on the European M2M market.

“By focusing on defining use cases and providing value-added solutions that go beyond just the connectivity piece of the value chain, operators can provide differentiated offerings in their respective domestic and international markets. Moving forward, European network operators not only need to know their business, but they also need to know their target customer’s business to recognise market opportunities.”

The European M2M market, a function of the broader IoT space, is heavily influenced by European Union initiatives and regulations, noted Harbison.

Over two thirds (67.4%) of M2M connections are currently related to telematics and other transportation applications, partly due to the EU’s eCall initiative on having connected devices in each new vehicle to relay airbag deployment and impact sensor information to emergency agencies in the event of a crash.

Similarly, almost a quarter (22%) are related to smart city and other infrastructure industries, partly due to the EU’s Smart Grids Task Force on spurring smart energy deployment and development.

The likes of Deutsche Telekom, Orange, and Vodafone have deployed NB-IoT because connections within these categories fit the NB-IoT use case of generally transmitting small amounts of data infrequently, said ABI.

Harbison commented: “European operators are largely realising that connectivity is the lowest common denominator and are shifting their focus to the long-term value these connections generate.

“Vodafone’s M2M strategy is focused on putting a greater emphasis on its own cloud services than on just the connectivity component, while Deutsche Telekom and Orange have opened IoT labs to develop and test application-specific IoT prototypes. By focusing on these new technologies and market opportunities, European network operators can maximise the value that their connections and solutions provide.”

Chip-maker Nordic Semiconductor said last week the adoption of cellular IoT technologies is not being slowed by the high price of chipsets, but by the complexity of their design, reckons chip supplier Nordic Semiconductor. The industry narrative about the falling pricing of IoT chipsets – as LTE-M modules have fallen below $10 (€8.62)per unit from AT&T and Verizon, and below $1 (€0.86) per unit with Sigfox – is misleading, it said. The cellular IoT market will not reach doubling targets of 3.5 billion units by 2023 by joining a race-to-the-bottom.

Unlicensed networks, mostly based on LoRa and Sigfox, make up two-thirds of LPWA networks today, according to research. A third of the total network deployments are geared towards smart city applications, the report found. Last month, UK tech incubator Digital Catapult meshed its Things Connected LoRaWAN network in with the UK footprint of Amsterdam-based LoRaWAN project The Things Network to create the UK’s largest free-to-use LPWA network.