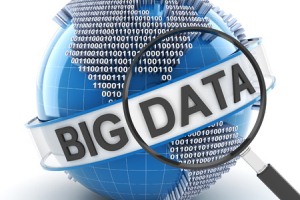 Korean telecom operators KT has been using technologies such as the Internet of Things (IoT) and big data analytics to monitor and analyse air quality 24 hours a day, with the aim of contributing to government-led efforts to reduce fine dust levels, Korean press reported.

In September 2017, KT launched its “Air Map Korea” project, to collect air quality data by installing monitors at its nationwide infrastructure including 4.5 million telephone poles, 330,000 mobile base stations, 60,000 public phone booths, and 4,000 central offices in Korea. During the first phase of the project, KT installed air quality monitors at its 1,500 main telecom service stations in major cities, including Seoul.

KT’s observation desk collects a wide range of information such as fine dust levels, temperature, noise levels and humidity. Once collected, this information is transmitted to the company’s “Air Map Platform” every minute, and the control center manages such information in real time.

KT also said big data analytics is used to manage fine dust levels as it analyses the volume of traffic as well as the locations of facilities that emit sources of air pollutants. The telco highlighted that this technology can also be used to see if policies designed to reduce fine dust levels are being effective.

Several local governments and national government agencies are already using KT’s Air Map Korea big data analytics for their relevant policies. The telco also said that it plans to develop a mobile phone app during this year to share fine dust information with other mobile users. Earlier this year, KT confirmed plans to launch its commercial 5G network by March 2019.

During a keynote presentation at Qualcomm’s 4G/5G Summit, which took place in Hong Kong in October 2017, KT’s SVP of Network Strategy YongGyoo Lee, said that the telco’s 5G deployment plans initially stipulate the use of 28 GHz spectrum for urban hot spots and 3.5 GHz band for urban and rural areas. Through the utilisation of these frequencies, KT will be in a position to cover a wide range of use cases such as smart cities, 4K/8K cameras, remote medical services, drones, smart factories and public safety, the executive said.