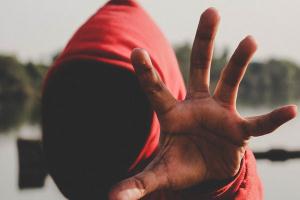 In 2018, the world is a more connected place than ever before. As dependence on mobile devices continues to grow, so too does the cyber risk, says Moshe Elias, director of product marketing at Allot.

Checking a bank balance, sending a work email, sharing photos – these seemingly innocent actions are anticipated by malicious hackers who are looking for any opportunity to get their hands on private information.

A recent telecoms security report examined anonymous data gathered from four communication service providers (CSPs) across Europe. In the report, it was revealed that over a four-month period (November 2017 – February 2018), nearly two billion mobile security threats were blocked. That’s an average of two threats per mobile device per day.

With the amount of threats sure to increase, it’s imperative that both the users and service providers are protected. Security services delivered at the network level are best able to provide protection for several reasons.

Among them, there are many IoT devices, like webcams, on which a security client cannot be uploaded, many end-users do not want to take on the burden of securing their devices and lastly, with a network-based solution service provides can quickly update all of their users at once via centralised updating.

Now more than ever, consumers are choosing to use their mobile devices to conduct activities that are highly attractive to hackers. From streaming music and videos to online shopping – these activities are ripe for hackers.

Stop attacks before they start

To help protect their end users, service providers should (and many are) providing security as a service (SECaaS). This includes delivering automated security tools (that don’t require the end user to take any action) and providing centralised, automatic updates to their anti-virus and other tools.

Doing this ensures that the service provider is offering end-to-end protection for both the end users and the organisation. Additionally, network-based anti-malware protection that is activated on mobile devices while connected to the internet can deter hackers and their malware.

Twenty years ago, the possibility of carrying the internet around in the palm of your hand was unthinkable. With the advent of smartphones, the mobile landscape has changed and has swiftly moved mobile phones from being luxury items to items of absolute necessity. With this shift also comes a change in the focus of hackers.

They target mass-produced consumer mobile devices used in homes and businesses and try to find their way through safeguards and into users’ personal data. What’s particularly alarming is the rate at which they’ve been successful in infiltrating everyday smart objects.

Nearly half of consumers are accessing the internet via mobile device rather than a traditional computer. A reported 46 % of consumers opted to conduct transactions on a mobile platform to save time in 2017 – and hackers have definitely noticed.

After gaining control of a vulnerable mobile device, hackers can jump to the home network or home security system. From there, they can launch attacks that paralyse all activities run on the mobile devices connected to the network, rendering them useless.

An estimated six billion consumer IoT devices are connected worldwide and 2.6 billion smartphone subscriptions are connected globally. As these number are expected to grow, so too will the hackers’ intention to breach them. By preparing for the future now, CSPs will be able to protect themselves and their end users.

If CSPs can actively deliver and distribute security services to the mass market at the network level, it will only benefit the organisation as well as the end users. By following the adage, “an ounce of prevention is worth a pound of cure,” CSPs can enhance the end users’ quality of experience as well as their mobile device security.

The author of this blog is Moshe Elias, director of product marketing, Allot