Home › Blogs › Could you be left high and dry by AI? 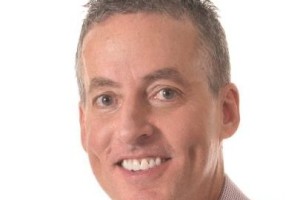 This is a terrible admission for someone in the Internet of Things (IoT) industry, says Freelance writer Nick Booth, but I must confess I’ve got doubts about artificial intelligence (AI).I think the IT industry, as ever, has been far too hasty in ripping and replacing humanity.

It seems I’m not alone. According to the WorkForce Futures report by Fuze, 40% of workers see AI being used in their company, but twice as many (84%) would rather speak to a person than a machine.

I can see why. For a start, an artificially intelligent system has a base level of cognisance that can only ever be as good as the imagination of the person who created it. That’s assuming the developer told it everything they know, which is impossible. The AI-machine only has a tiny subset of one person’s intelligence. So, it starts a long way behind.

Then we should consider the machine’s capacity to learn, which is pretty inferior too. Humans have a wide variety of learning styles, so many they’ve had to be categorised into generic types by social scientists.

Felder and Soloman’s Index of Learning Styles lumps our study styles into the following subsets of learners: sensory and intuitive; visual and verbal; active and reflective. Some of us learn through visual cues, like graphs and diagrams. Others learn by getting involved in the learning and perform experiments or work in a group.

Once you have identified your own distinct style you can structure your learning to suit it. Getting a more balanced approach to learning opens you up to the way you perceive the world. Machine learning is pretty one dimensional – mathematic calculations.

Yes, machines have more energy than us and don’t get bored with learning and start watching Youtube videos. Nevertheless, they have several millennia of evolution to catch up on, so the machines aren’t going to overtake us any time soon.

I mention this because I keep witnessing companies that have jumped the gun and removed all traces of humanity from their IoT support systems. They’ve made the crazy assumption that every support issue we have can be covered by one of their machines.

AI is not accessible to most organisations, that’s the real problem, says Mark Troester, VP of strategy at Progress, a company that provides development tools for IoT.

It’s no good waiting for the next generation of data scientists to graduate either. If a week is a long time in politics, three years is an age in the IoT. The good news is that there is a confluence of factors that should allow more organisations to benefit from AI.

A wave of smart connected sensors is generating abundant and granular data, along with platforms that can collect, store and process data at mass-scale. “The most interesting aspect to watch is the automation of the data science lifecycle,” says Troester, “this is basically applying AI to AI.”

This provides better predictive accuracy and frees data scientists and business analysts from the manual effort required to train the models. So, they can focus on providing more value to the organisation making AI more accessible.

Still, the good news is that confidence in AI is relatively high, according to Fuze’s aforementioned Workforce Futures study, which found that 26% of workers think artificial intelligence will have the biggest genuine impact for the working world. That’s five times more than blockchain.

Only 8% of IT professionals surveyed think that AI is the ‘most overhyped tech of 2018’ (although that could have been their personal robots giving the answer). By contrast, 23% say virtual reality is the most pretentious entity. Voice assistance isn’t far behind.

The best revelation from the report is the suggestion that it’s the younger generation who are the most sceptical of artificial intelligence technologies. Now that restores my faith in young people.