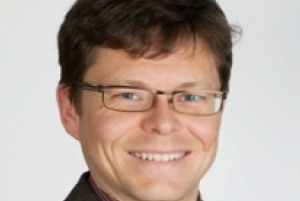 Smart City initiatives in Canada will attract technology investments of more than C$1.4 billion (€0.93 billion) in 2018, and spending is set to grow to C$2.8 billion (€1.87 billion) in 2022, according to the new release of the International Data Corporation (IDC) Worldwide Semiannual Smart Cities Spending Guide. The Spending Guide provides a detailed look at the technology investments associated with a range of Smart Cities priorities, programmes, and use cases.

“Vehicle to everything (V2X) connectivity and Next-Gen Emergency PSAPs will generate the fastest growth at 90.0% and 66.3% CAGR respectively although they currently start from a small base,” says Nigel Wallis, IoT & Industries research vice president at IDC Canada.

Spending by the 53 Cities that are currently sized in IDC’s database among which three come from Canada—Toronto, Vancouver and Alberta. IDC Canada Measurement and Forecasting analyst Meng Cong notes “The Smart Cities spending in these three cities account for over one fifth of the total Smart City investments in Canada.”

IDC’s Worldwide Semiannual Smart Cities Spending Guide quantifies the expected technology opportunity around smart cities initiatives from a region and worldwide level. Spending data is available for nine regions with a focus on 25 use cases across five strategic priorities, as well as the overall Smart Cities market size.

Starting from the current release, the spending guide offers a complementary Cities database, providing Smart City 2018 spending for over 50 cities across nine regions. The spending guide is designed to provide IT vendors with insights into this rapidly growing market and how the market will develop over the five-year forecast period. For more detail on IDC’s definition of the overall Smart Cities opportunity and select use cases, see IDC’s Worldwide Semiannual Smart Cities Spending Guide Taxonomy, 2H17.