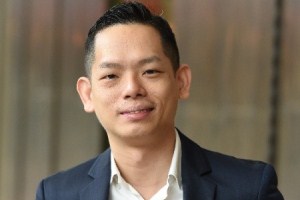 The latest update of the IDC Worldwide Semiannual Smart Cities Spending Guide expects spending on technologies that enable Smart Cities initiatives to reach a value amounting to US$30 billion (€26.10 billion) in 2018 for Asia/Pacific excluding Japan (APeJ).

IDC provides a detailed view at the technology investments associated with a range of Smart City priorities and use cases. As these initiatives gain traction, IDC spending will continue to accelerate over the 2017-22 forecast period, reaching US$54.4 billion (€47.32 billion) in 2022.

Fixed Usual Surveillance, Advanced Public Transit, Intelligent Traffic Management and Smart Outdoor Lighting use cases are seeing maximum impetus, representing more than 35% share of the overall spending in 2018 from US$25.86 Billion (€22.49) in 2017. However, over the forecast period (2017-22), fastest growing use cases will be in Vehicle to Everything (V2X) Connectivity and Officer Wearables (Fitbit/smart glasses) use cases at a five-year CAGR of 44.4% and 36.9% respectively.

“Cities in the Asia Pacific are challenged to continually deliver smart, livable, and sustainable urban ecosystems by harnessing technology innovations and widespread collaborations. This also requires clarity around implementation policies that are focused on the building and financing of city infrastructures as well as new city digital services in the long-term,” shares Gerald Wang, head of public sector at IDC Asia/Pacific.

“City governments need to continually analyse the impact of rapid advances in technologies on city transformation goals and create outcome-based metrics for future smart city investments. This approach requires a rethink of the way governments traditionally procure for technologies and innovative solutions.”

Hardware continue to account for the highest spending with 38.1% share of the overall spending in 2018 but the trend is likely to observe a linear growth of 14.4% over a five-year CAGR, thus reaching US$19.4 billion (€16.88 billion) by 2022. Services is the second largest technology spend at US$8.9 billion (€7.74 billion), followed by Software and Connectivity in 2018.

Over the forecast period (2017-22), Services is expected to grow the fastest at a five-year CAGR of 18.4%. The growth in Services and Hardware will be mostly driven by State/Local Government segment, with the maximum usage of Fixed Visual Surveillance and Smart Outdoor Lighting use cases. These use cases attract considerable investment across the region.

Fixed Visual Surveillance will be the leading use case in China, accounting for 17.3% of China spending in 2018. This is due to the increasing demand for video information sources to track down the movement of citizens. Consequently, huge investment is expected in surveillance and facial recognition coverage across the country.

China has deployed around 20 million security cameras, facilitated by Artificial Intelligence (AI) technology to locate and track criminals China will complete building its facial recognition and surveillance network nationwide, attaining nearly overall surveillance of urban residents including their homes through smartphones and smart TVs by 2020.

“Data-Driven Public Safety and Intelligent Transportation are the two priority investments centered around the region in response to growing urban population,” said Malini Swamy, market analyst at IDC Asia/Pacific. “However, we are also finding significant spending and growth in platform related and smart lighting related use cases, which are less often publicised but increasingly happening in cities around the region.”

IDC’s Worldwide Semiannual Smart Cities Spending Guide quantifies the expected technology opportunity around smart cities initiatives from a region and worldwide level. Spending data is available for nine regions with a focus on 15 use cases across five strategic priorities, as well as the overall Smart Cities market size. The spending guide is designed to provide IT vendors with insights into this rapidly growing market and how the market will develop over the five-year forecast period.