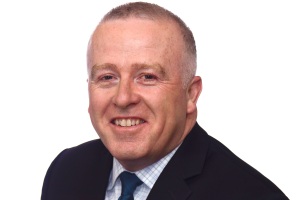 As the hype cycle in the Internet of Things (IoT) begins to yield to more realistic expectations, a new study by the GSMA’s Mobile World Live and commissioned by mobile technology R&D firm InterDigital, highlights some important transitions in market perception.

Among them: the key role to be played by 3GPP standards-based technology in the IoT, the expectation that North America will lead the world in adoption, and the current small scale of IoT revenue… amid hopes for rapid growth.

According to the report, titled ‘Mobile and the Internet of Things: Unanimity around fragmentation, surprises in connectivity and geography’, the successful deployment of the IoT will be heavily reliant on cellular technologies, such as 5G, LTE, NB-IoT and GSM. Of the connectivity technologies listed as key to IoT, six of the top seven emerged from 3GPP standards.

The report also revealed the potential revenue opportunity possible from the IoT. According to almost half of respondents, IoT accounts for less than 1% of their current revenues; however the survey revealed that respondents expect the IoT could account for 20% of operator revenues by 2023. The consumer, smart home and smart cities segments are set to benefit significantly from the IoT, with 66% of respondents naming these as their top choice for revenue generation.

Yet, despite the IoT’s revenue potential, the report reveals significant challenges facing the IoT. Half the respondents identified the development of sustainable business models as the first or second biggest challenges, while the availability of connectivity (42%), security fears (30%), and technical incompatibility (30%) were also highlighted as significant challenges.

“There’s no doubt that the IoT will play a significant role in society over the next 10 years, and the expectations for IoT revenue support that,” said Jim Nolan, EVP products at InterDigital.

“And while this research revealed a few surprises, it also confirmed things we knew already – namely, the importance of standardisation for the future of the IoT. With such a high proportion of respondents seeing fragmentation as a significant challenge, it’s important that the mobile industry come together to make standardisation a reality.”

Additional findings from the report include:

The report, ‘Mobile and the Internet of Things: Unanimity around fragmentation, surprises in connectivity and geography’, is available to download here.