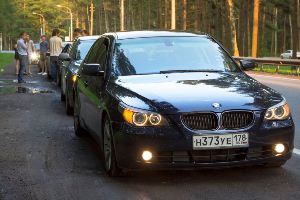 It was inevitable but connected cars are prone to diddling. In an experiment to identify connected car fraud, researchers in Germany collected data from 300,000 cars. They found that 23% of Minis and 27% of E60 BMW 5 Series had experienced some form of manipulation.

Part of me feels disgusted at the Germans, says Nick Booth, freelance technology writer, while another side of my psyche wonders why Britain’s online criminals are failing to compete!

There is a lot of mileage in fiddling BMWs. On average, 15% of all BMWs checked had been subjected to some form of tampering and, of that, 90% of the diddling was related to the number of kilometres shown on the clock.

The other 10% was related to manipulating the vehicle identity itself. In one outstanding example a BMW 5 Series (E 60 generation), which would have been built in 2000, showed only 18,703 miles on the speedometer. The purchaser probably presumed the car had belonged to one careful lady owner who used it to go to church on Sunday.

In fact, according to researchers working for Carly Car Check, the car had been driven 120,564 miles. By a simple software hack they had put thousands of pounds on to the value of the car.

Applications like Carly Car Check can reveal the secret life of cars to prospective buyers. They tap into the car’s multiple computers (ECUs) to check for the correlation with the visible speedometer and identify whether data has been manipulated.

Results from mainland Europe, where the app has been available for three years, suggest the issue is bigger than consumers may think.

“Unscrupulous motor traders and private owners can easily get access to the car’s data. With the right equipment they can adjust the electronic mileage clocks commonly found in modern cars. There are visual and paperwork checks but don’t be reassured by the fact that most car buyers have confidence in them – they are easily fooled. There is no safety in being one of ‘the crowd’ because fraud is so rife,” says a Carly spokesperson.

Carly claims to interrogate up to 50 control units in the car and compares their mileage data with what is visible on the dashboard. Often the data stored in the control units – be it related to mileage or types of usage – does not tally.

The route data reveals if the owner really was a ‘careful church-going lady driver’. The app displays fuel economy and average speed and the journey times that the car has been used for. You can look at the location and check if she really did drive to church and whether she was there for the service on Sunday or the Krav Maga combat classes the church hall hosts on Wednesday night.

Short journeys aren’t necessarily a good thing anyway. “Since many cars only do short journeys, they don’t get the right sort of use to regenerate the filters,” says Avid Avini, co-founder of Carly.

A new filter will cost you a thousand pounds! Carly also lists fault codes logged in the car, relating to developing issues with the engine, brakes, infotainment, climate control and steering systems. Cars are so much smarter now. So, when they decide to go wrong, the answers will be a lot more elusive.