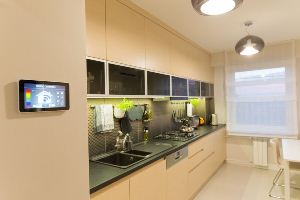 According to a new research report from the IoT analyst firm Berg Insight, the number smart homes in Europe and North America reached 45 million in 2017.

The most advanced smart home market is North America, having an installed base of 22.3 million smart homes at the end of the year. This represents a penetration of 15.9%. Between 2016 and 2017, the market grew by 40.7% year-on-year. The strong market growth is expected to continue in the next five years. By 2022, Berg Insight estimates that more than 63 million homes in North America will be smart, meaning 44% of all homes in the region.

On the North American market, interactive security systems have emerged as the most common type of smart home systems, representing 42% of all whole-home systems in the region at the end of 2017. The largest security providers include ADT, Vivint and Comcast.

In Europe, traditional home automation systems and Do-It-Yourself solutions are more common as whole-home systems. eQ-3, Deutsche Telekom and Verisure are estimated to be the vendors of whole-home systems in the region. Smart speakers with built-in voice assistants have had a major impact on the smart home industry in 2017–2018. Amazon and Google are the major vendors of such devices, having a combined market share of over 90%.

Many of the well-known smart home device and system vendors have made their products compatible with Amazon Alexa and Google Assistant in the past year. “Consumers want convenience and a lot of people buy smart home products in order to facilitate their daily lives” says Martin Bäckman, IoT analyst at Berg Insight.

“A major reason why voice-controlled speakers have become so popular is that they simplify the control of smart home devices and enable for people to adjust lighting, temperature, multimedia and more from a unified interface” concluded Mr. Bäckman.