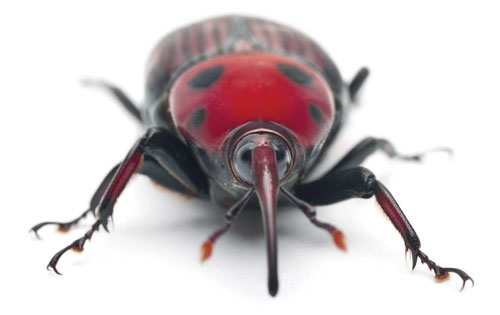 Hollywood has it all wrong. The sweeping waves of unfamiliar beings with the intention of gobbling up every last remaining resource won’t come from slowly rotating spaceships. They are already among us

An invasive species is any non-native plant, pathogen, or animal that has been introduced to a new territory where it has the capacity to cause great damage to the environment, human health, or human wealth. Invasive species are often quick to reproduce, easy to disperse, and difficult to detect. These alien creatures prey heavily on native species and are generally associated with humans. There is a history of some invasive breeds that were released intentionally, but a majority are transmitted accidentally through international trade.

The high cost of invasive species

While difficult to calculate with absolute certainty, a research paper from the College of Agriculture and Life Sciences at Cornell University titled ‘Economic and Environmental Threats of Alien Plant, Animal, and Microbe Invasions’ estimates the annual global impact of invasive species totals more than US$1.4 trillion, or roughly 5% of the world economy. The impact of this problem on biodiversity is also well documented. The National Center for Coastal Ocean Science estimates nearly half of the species protected under the Endangered Species Act are directly threatened by invasive species.

Invasive insects that burrow into trees have proven to be among the most difficult of dangerous exotic species to detect – and even more burdensome to extinguish. The Emerald Ash Borer, for example, was discovered in 2002 near Detroit, Michigan and quickly spread to 25 other states. This insect was responsible for US$10.7bn in treatment, removal and tree replacement costs.

The newest threat on the horizon comes in the form of a large snout beetle known as the Red Palm Weevil.

Rhynchophorus ferrugineus, or the Red Palm Weevil, is naturally found in tropical southeastern Asia. Migration of this species was first detected in the late 1980s, and the pest has rapidly made its way around the world. The quick proliferation of this animal was due, in part, to the fact that nations and agricultural producers in temperate and often isolated climates (i.e. islands) are at the greatest risk for invasive species because their regions can harbour a variety of pests and often have a less dense selection of wildlife to counterbalance the effects of an alien attack.

The weevil generally targets young palm trees less than 20 years of age. Adult insects will quickly colonize new palms and begin feeding. The greatest damage to the trees, though, results when the larvae begin to tunnel into the heart of the tree. Symptoms like wilting and yellowing of leaves often occur only long after the infestation has begun and the tree is past saving. International agricultural, pest control, biological experts convened at the UN Food and Agriculture Organization (FAO) in Rome come up with a comprehensive plan to stop spread of the Red Palm Weevil.

“The Red Palm Weevil represents the most dangerous threat to date palm,” FAO assistant director-general and regional representative for Near East and North Africa, Abdessalam Ould Ahmed, told attendees at the opening session. “Insufficient implementation of phytosanitary standards, lack of an effective preventive strategy and insufficient monitoring of response measures explain the failure in containing the pest so far.”

An innovative answer to invasive pests

Agrint is an exciting new company using smart sensors to help detect the infestation of the Red Palm Weevil and similar insects. Agrint has developed a low-cost and low-energy Internet of Things (IoT) system that can transmit early detection notifications about infestation of a tree. The Agrint approach couples an extremely high sensitivity sensor that can pick up on the subtle vibrations of larvae as they begin to tunnel through the tree with a unique algorithm that analyses the data for specific patterns. This information is continuously fed to the cloud and updated to utilise big data and help users stay tuned into behavioural trends and analysis. The ‘IOtree’ solution can be used to protect date palms, ornamental palms, oil palms, and coconut palms. This allows farmers to increase the efficiency of pesticide management and save trees from damage, which eliminates costly replacement expenses. Agrint has already deployed their technology to places like Jordan, where it is being used to help remove trees local farmers would not normally know are infested.

When Agrint was looking for an IoT partner who could provide them with reliable and secure technology, it chose MultiTech. MultiTech provides reliable devices, outstanding support and advanced cloud services.

Tomar Touanti of Agrint, notes how the gateway’s “…features and adjustability save us money.” This partnership will help prevent the spread of difficult invasive species across the globe. The application of IoT technology to support agriculture and biological processes is only just beginning. Ideas like the IOtree will allow for previously impossible detection of animals, plants, and pathogens that could harm Earth’s biodiversity and cost billions to remove.