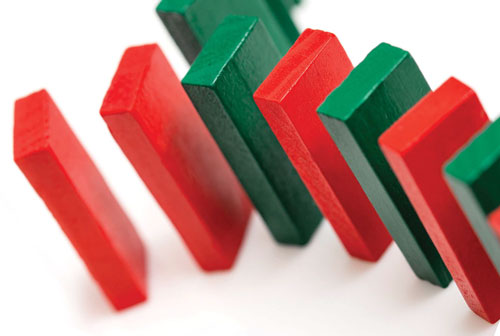 Industry 4.0 (I4.0) and Industrial Internet of Things (IIoT) are both terms describing potentially disruptive technology trends in industrial settings, writes Matt Wopata, a senior analyst at IoT Analytics in an excerpt from the firm’s upcoming ‘Connected Industry and Industry 4.0 Market Report 2018-2023’. Both terms get used often, without clear differentiation and sometimes even interchangeably, as they represent meta-terms for the ongoing innovation of the manufacturing sector as a whole – a sector that directly represents about 20% of all jobs in Europe and ~12% in the US 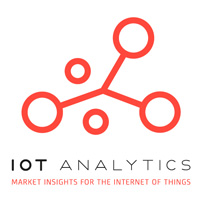 The concept of the IoT is about adopting the internet in almost all economic activities, and it focuses on the technology backend for cross category connectivity and interoperability. The Industrial IoT (IIoT) refers to heavy industries such as manufacturing, energy, oil and gas, and agriculture in which industrial assets are connected to the internet. Different segments are more industrial than others, and connected industry, which specifically focuses on manufacturing, is on the most industrial side of the spectrum, as shown in Figure 1.

Connected industry is the largest segment within IoT, comprising more than 30% of the market in 2017. It overlaps with the overall I4.0 market, however I4.0 has a broader scope, as it aims to optimise the entire manufacturing value chain and includes other supporting technologies such as additive manufacturing, augmented and virtual reality, and collaborative robotics. Figure 2 illustrates the overlap of I4.0 with IoT and highlights the other I4.0 supporting technologies.

I4.0 can be viewed from five different perspectives:

1. IIoT building blocks: The technology elements which are necessary to connect and analyse data from machines and equipment, including:

2. Disrupted technologies: The technologies and standards (such as the traditional five-layer automation pyramid) which will be altered or replaced by I4.0 technologies.

3. Supporting technologies: Technologies that are not part of the IIoT stack but are frequently deployed alongside IIoT technologies and support the I4.0 key use cases.

5. Disrupted stakeholders: Original equipment manufacturers (OEMs) factories, and industrial automation suppliers are all using I4.0 technologies to differentiate themselves in the market. Major industrial automation players like Siemens, Rockwell Automation, General Electric, ABB and Schneider Electric are creating strategies built around IIoT and I4.0, while forward thinking factories and OEMs are using I4.0 technologies to improve operations and create differentiated products and services.

The growth of the market for I4.0 solutions is largely driven by three types of value derived from the I4.0 use cases:

1. Efficiency gains across the whole organisation: Many industrial organisations have estimated productivity gains from investments in I4.0 technologies to be ~25%. Fanuc and Cisco recently partnered to create an IIoT enabled predictive maintenance platform that is improving customers’ overall equipment efficiencies (OEE) by eliminating unplanned downtime. One Fanuc customer saved an estimated US$40m in downtime using this connected platform.

3. More flexible, customer centric operations that reduce time-to-market: I4.0 technologies enable manufacturers to be more flexible in all stages of the product development lifecycle. Engineers at Volvo Construction Equipment recently adopted 3D printing technology to help with rapid prototyping of new parts. By using 3D printing instead of traditional tooling methods, Volvo was able to cut both the development time and cost per part by 90%.

The five-layered technology architecture, which has established itself over the last 50+ years, is one of the core elements likely to be disrupted through Industry 4.0. The pyramid is the result of the decades-long convergence of information technology (IT) and operational technology (OT) and is widely accepted as the standard high-level architecture in manufacturing environments.

The term OT is usually used for computer processing technology in the physical world of manufacturing technology, including programmable logic controller (PLC), distributed control system (DCS) and supervisory control and data acquisition (SCADA). These technologies have been used in isolated vertical applications and have been controlled locally with the help of proprietary protocols. IT on the other hand has been deployed in administration and management, for example coming in the form of enterprise resource planning (ERP), customer relationship management (CRM) or manufacturing execution systems (MES).

The traditional pyramid was built on the assumption that all of the layers were hosted on a private local-area-network. Today, OT and IT systems are increasingly migrating to cloud-hosted environments, and SCADA, MES and ERP suppliers are growing their businesses by moving up and down the stack. Industrial gateways are being used to connect legacy equipment to this new cloudhosted architecture, and new input/output (I/O) and PLC hardware are starting to include native support for cloud connectivity protocols. While it remains to be seen what this new architecture will look like, what is clear is that it will be different from today’s five-layer architecture. This report identifies three areas of disruption in the pyramid:

1. Move to the cloud

Deep Dive: Move to the cloud

An IDC survey conducted in 2015 study found that 66% of manufacturing companies use public clouds and 68% use private clouds for hosting applications. While IT operations is still the primary benefactor of cloud infrastructure, new technology promises to solve many of these technical constraints that have been holding back cloud adoption of more OT-oriented applications, such as MES and SCADA. Many SCADA and MES suppliers are leveraging these new technologies and offering cloud-based solutions in addition to their traditional on-premise solutions. IIoT platform providers like Microsoft and Amazon are well positioned to benefit from this transition to move applications to cloud, due in large part to their ability to provide both Infrastructure-as-a-Service (IaaS) and IoT Platform-as-a-Service (PaaS).

Appropriateness of the cloud

Whether or not applications should be hosted in the cloud depends on both the application and industry requirements. As a general rule, the higher up the stack an application is, the less important it is to have low latency, bi-directional, and highly available communications with edge devices, which is illustrated in the table below

Cloud-based infrastructure has struggled to address these three factors, limiting the migration of SCADA and MES systems to the cloud in industries where these factors are important, such as in a manufacturing environment. However, new technologies are addressing these issues, making the move to the cloud more viable for an increasing number of end users:

Once a manufacturing company has decided it wants to migrate from an on-premise solution to a cloud-based SCADA/MES application, there are a number of possible architectures to choose from. Traditional SCADA and MES suppliers are starting to offer off-the-shelf cloud-hosted SCADA/MES products, which typically adopt one of the following cloud architectures:

2. Application built on a Platform-as-a-Service (App + PaaS): Applications built on top of and tightly coupled with a particular IoT cloud platform-as-a-service provider like Azure IoT or AWS IoT.

3. Software-as-a-Service (SaaS): Multi-tenant, end-to-end, cloud applications that are not built on top of a PaaS and are hosted on either leased or owned IT infrastructure.

JD Norman Industries, a leading manufacturer of formed, machined and cast metal parts, enlisted cloud ERP/MES provider Plex to provide an integrated ERP/MES solution that scales with the company as it grows. JD Norman’s growth strategy involves acquiring a number of international companies, so having a scalable, cloud-based MES/ERP system enables them to quickly integrate new plants with their existing systems. By utilising the highly scalable SaaS model that Plex provides, JD Norman avoids having to install and manage on-premise MES solutions in factories across the globe. PLEX partner Kors provides the systems integration and machine connectivity portion of the solution, enabling JD Norman to collect and analyse performance data within the cloud-based PLEX platform.

Industry 4.0 is about manufacturers using IIoT and other supporting technologies like additive manufacturing and augmented reality to improve operations. The market for these technologies is primed for rapid growth due to the dramatic operational improvements and competitive advantages that a number of early I4.0 adopters have already realised. New technologies, like machine-to-cloud integrations, are disrupting existing industries and making it easier for manufacturers of all sizes to connect to the internet and realize the vision of I4.0.