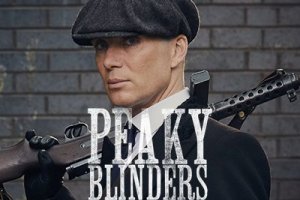 The IoT industry has a vision problem. The public can’t see the benefits as easily as they can picture the downsides.

Surely, we should address this problem, says freelance technology writer, Nick Booth. There is an historical precedent for tackling this. Ancient astronomers hurdled a much greater ‘leap of faith’ chasm by using imagery to explain the constellations. The Great Bear, Orion and The Plough are not particularly scientific names, but they helped the masses to understand the planets.

Would similar tactics help to explain the Internet of Things (IoT)? They can’t be worse than the horrible acronym salads we force people to digest.


The story of public key infrastructure (PKI) is a hard sell. The nearest popular phrase I could make out of that constellation of letters would be Peaky Blinders, a notorious criminal gang from 1890s Birmingham, England. They too tried to impose control on the unpoliceable parts of their world.

Public key (Peaky blinding) Infrastructure will be a crucial weapon for securing the IoT and stopping outsiders from getting a look in.

Anyone who read the Ponemon’s Institute’s Global PKI Trends Survey might be horrified by its implications. That won’t be many people, sadly, because they’ve obscured all the good bits with eye sore graphics.

Meaningful revelations are buried in guff. “Over the past few years, cloud applications and now the IoT, are the newest disruptors to future PKI planning,” the reports says. What does that even mean?

‘Disruptors’ is one of those words that means anything the user wants it to. And with no common understanding of the term’s meaning, it is meaningless to the listener. You’d think the comms industry would observe language protocols, wouldn’t you?

The report summary goes on: “Organisations must not only tend to the digital certificate needs of today, but a future with never-before-seen diversity and scale.”

Luckily two friendly security experts were kind enough to put this into context. Yes, we need PKI everywhere, says John Grimm, senior director of security strategy for Thales e-security. There are practical problems for IoT safety and political ones, he says.

The political ones are the same that PKI has historically faced. There have long been battles about whose jurisdiction it comes under. Multiple departments could take responsibility, from security to IT to compliance to operations. It all depends how prestigious the installation could be. Successful projects have many parents, but failures are always orphans.

The ideal PKI person would be a recognised IoT architect, says Grimm. “Gartner says there are only about 100 people like that in the world,” says Grimm. Meanwhile, people are connecting devices and sensors and ‘things’ without ever consulting the IT department. We’ve been down this road 20 years ago when local area networks grew like Japanese knotweed, only with less manageability and they were even harder to weed out and kill.

The practical challenge of using PKI to safeguard the IoT is that there are many machines in industry that were never designed to be networked. PKI is too processor-intensive to be practical for some of the dumber devices.

The purpose-built IoT stuff isn’t much better since it is built by multiple sources. At each stage of production, devices could be compromised by a dishonest original equipment manufacturer (OEM). For example, the developer of code for each device’s microchip could embed some rogue software that allows the device to be compromised by a hacker.

“If you put an IoT device out there on your network that is compromised from its inception, then your network is going to be doomed from the start,” says Clive Watts, product manager for Secure Thingz. Watts worked for a chip manufacturer once, so presumably he knows how to avoid this risk.

Meanwhile, public perception of the IoT will be led by the stories that we can understand as and when they appear in the mainstream press. Such as the story about a casino in Las Vegas that was hacked through an internet-connected thermometer in a fish tank in its lobby.

Now that’s a vision that will capture the public imagination and stay with them. No amount of Peaky Blinding will make people forget that.