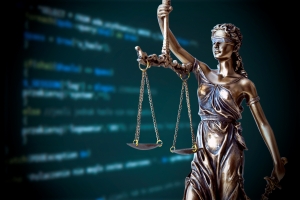 There’s been a rash of regulation around the world as governments seek to address IoT security. It’s a positive step, indicating the market is maturing but regulating the IoT space is not without its challenges. Such moves have inevitably met with resistance from those suggesting it could create IoT waste mountains, to others that say it could stymie innovation.

Consequently, each piece of legislation is slightly different. But how these regulations fare will shape the evolution of regulation to come making it important that we consider the measures being taken, where they excel and where they fall short, says Ken Munro, partner, Pen Test Partners.

What’s clear is the authorities are very much in favour of a softly, softy approach which begs the question, will these standards be observed voluntarily? IoT vendors are under intense pressure to get their products to market. For them to adopt any form of regulation off their own backs would require there to be a significant advantage for them… or repercussions.

It’s here where the market itself could apply more pressure. Give consumers the right to return vulnerable smart goods for credit by enshrining this in trading standards legislation. Encourage the retail sector to commit to not stocking vulnerable devices. Manufacturers would then have more of an incentive to capitulate, to sign up to classification schemes and subject their devices to testing.

Right now, it’s too early to tell how effective self-regulation will be. We need to let the legislation bed down and give the industry the chance to adapt to what could be a pivotal moment for the IoT. Only then can we assess where we need apply more punitive measures.

The author of this blog is Ken Munro, partner, Pen Test Partners. He regularly briefs UK and US government departments as well as being involved with various EU consumer councils on IoT regulation.