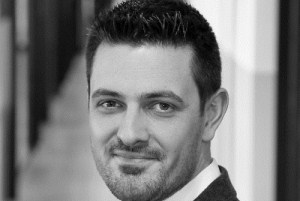 It’s easy to envy you IoT developers, says Nick Booth: you’re pricey, you’re hot, that’s everything I’m not! With demand for Internet of Things (IoT) expertise outstripping the supply, it’s understandable if code writers rush to complete contracts and hurry on to the next. Who wouldn’t?

However, according to rational-minded people at process automation expert Thoughtonomy, many developers are rushing us into a situation which puts the IT into fatality.

Is automation a problem accelerator?


Thoughtonomy reports that automation often has negative consequences, acting as a problem accelerator and complexity multiplier. Why? Application development is too hasty too often, with scant attention to details like standards, accreditation and verification, says Thoughtonomy CTO, Danny Major.

We should bear his warning in mind when coding the IoT apps that health services could definitely use.

I propose these apps after 10 days spent on trolleys, beds and operating tables at Croydon University Hospital. The day to day operations of the UK’s National Health Service are probably typical of every health service across the globe. This was confirmed by the diversity of nationalities I found myself looking up to. I love chatting with doctors, nurses and anaesthetists (as that’s what four of my family were) so I quizzed them keenly right until the morphine kicked in.

Automation could definitely improve the patient environments that nurses are too over-worked to monitor. UK patients often get hastily positioned directly under glaring lights, in extreme temperatures, while 12 monitors go BING at full volume in a disjointed rhythm that even a jazz fan would hate. If only someone could place sensors to monitor temperature, moisture, sound and light. These could alert the nurses if the patient is unwittingly being subject to sensory torture.

The biggest source of hell is other patients. Some patients and their visitors use hospitals like a playground. They seriously impede the nurses. Then I had a crack addict in the bed next door, with a massive sense of expectation. He aggressively asserted his right to heroin substitute, pronto, or he was going to buy his own! Nobody judged him for condition, nor his convictions for theft to fund his aspirations (he brazenly broadcast all this via endless shouty mobile phone messages) but it does make other patients wary about sleeping.

So, here’s some patient safety and security app proposals. It’s probably not ethical to develop an automatic cattle prod, to identify those who contravene visiting time directives and shock them into leaving. But what about CCTV surveillance of the ward, with automatic alarms if certain individuals wander into areas they’re unauthorised to enter? That’s achievable, according to James Wickes, CEO of visual data specialist Cloudview.

Cameras, in care situations, could both detect pre self-harming or suicidal behaviours and ensure patients are well treated. With the appropriate permissions in place, this system could be used to monitor unruly room-mates in hospital.

The NHS is trying to deal with its logistical problems by treating more people at home. Facial recognition could help identify unrecognised people entering the home of dementia sufferers and older people living alone or in care homes. They could also record activity and trigger alerts if periods of inactivity occur.

Dementia patients could be protected from getting lost, with tags linked to security cameras in a ‘catchment’ area, and geolocated alerts sent to authorities where appropriate.

Meanwhile, back in Mayday Hospital, staff often struggle to find a wheelchair when they really need one. The IoT could track down lost wheelchairs and hospital trolleys. Wickes suggests designated points where several wheelchairs can be left, so they are close at hand rather than in a central store. Staff could find them using a combination of RFID tagging and a location finding app.

This technology already works for cycle hire schemes. It could deliver a lot more value in a large and complex hospital environment, where need is immediate and urgent and visual data could locate the required item, says Wickes.

The control system could take stock counts and locate ‘abandoned’ wheelchairs and return them. The visual data identifies the most cluttered locations and can spot the chairs that need repairs. It could also stop wheelchairs being taken outside their designated boundaries. Security features such as automatic SMS, email alerts and recorded footage of wheelchairs in motion could help prevent their loss.

I spotted one patient seemingly abandoned in a corridor and overheard a porters’ dispute about whose break should be interrupted to rescue the poor man. Despite all the advances reported in IoT Transport I suspect we will have to wait a long time for the self-driving trolley.