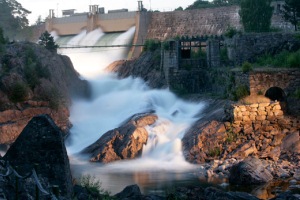 Trollhättan sounds like a typical Swedish city – beautiful, creative and progressive. Only one thing lets it down, but let’s ignore that for now, says Nick Booth.

This town shows how to adapt before the world leaves you behind. It moved from heavy industry to creating intellectual property and kept growing. Its engineers gave the world hydropower. It was the home of car maker Saab but now has morphed into the HQ of the National Electrical Vehicle Sweden (NEVS).

Now NEVS has an even more ambitious project. It wants to change our relationship with the car. Given how possessive and emotional many people are about their cars, that is a phenomenal undertaking. In the UK, many still judge you by the type of car they drive. Esteem seems to be inversely related to tyre pressure, and both can be instantly deflated.

If we love our cars so much, how many people would want to share the object of their desire?

Still, not everyone thinks that way. We can’t afford to. There is probably a large section of us for whom NEVS’ scheme can work. Trollhättan City is run by civic leaders who want to live in a metropolis that is a sustainable town living up to environmental goals.

To this end, it has enlisted researchers at the University of West Sweden to investigate ways to expand the use of cars. NEVS will set up five electrical vehicles for the Sharing Economy, Smart Mobility Acceptance (SESMA) project. Sounds like a seismic project to me.

Lars-Olof Johansson, researcher in computer science at the University of West Sweden, says so far we’ve been premature in our speculations about smart cities and autonomous cars. The psychology of ownership and use should be explored before all else.

“We know little about people’s attitudes towards self-driving cars and their relationship with car sharing services,” says Johansson. What we do know for a fact is that most cars are parked 95% of the time, says Nadia Kabir, project manager at NEVS.

It should be possible to change the way people think about cars and to ‘dare to share’, says Kabir. The environmental impact might be less appealing than the fact that drivers can halvetheir car costs. I’m with Kabir on that one.

Trollhättan has another great advantage if it wants to push this message. It is home to Trollywood, an influential film production complex that has produced classics such as Dancer in the Dark, Melancholia and Dogville and half of all Sweden’s feature films. If they can’t create a good car advert, nobody can. The SESMA project has seven million Krona (UK£700,000) behind it, so they will need to be creative with their budget.

The only unfortunate thing about Trollhättan is its name, which translates literally as Troll’s Hat. “Yes, the name Trollhattan is somewhat strange. In Trollhättan there was a huge water fall, in the middle of which appears the image of a troll with a hat on,” says project spokesman, Fredrik Fryklund.

Aside from the natural beauty of the locks and the waterfall, there is the Saab car museum and the NEVS plant. Worth visiting to see how Internet of Things (IoT) technology has evolved to protect the environment. If NEVS can make us see the beauty in trolls, maybe they can change how we think about cars.