Home › Interviews › The right tools for monetising IoT: Don’t use a B1 bomber in a local insurrection 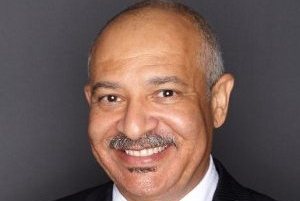 It’s all very well to have a flow of data from IoT-enabled sensors and devices, but if you don’t have the necessary tools to monetise the data you may as well not bother.  Beyond that, Lewis Carr, senior director of Product Marketing at Actian tells Jeremy Cowan of IoT Now you need to understand how much IoT data you can process and how much raw data you can throw away.

IoT Now: As more devices such as watches, cars and refrigerators, become “smart” companies obviously have access to more, and better data. But how many of them have the right tools to make sense of this data and to use it effectively?

Lewis Carr: I would say very few. Most analytics and the systems supporting them are bolted onto systems that directly impact a corporation’s bottom line (think streamlining operations, i.e. supply chain management) or directly improve their top line (i.e. looking at what items customers – individuals and across demographics) have bought recently, to improve the likelihood of shopping carts making it to a transaction as well as opportunities for cross-selling and up-selling.

The data that can be extracted from actual ‘smart’ devices is a longer-term play in terms of leveraging back-end tools to move beyond hindsight analysis or real-time data on a centralised platform focused on individual transactions. Instead, tools will be needed (along with front-end algorithms) to mine device and platform use as well as behaviour directly at the point of interaction over a series of interactions – learning from this data in the moment and ultimately improving the relationship between the product/service and the individual using it. By improving the user/device relationship manufacturers or retailers can learn more organically from this, without disrupting the user, to make design considerations/upgrades for future product and service generations.

LC: Ever hear of asymmetric warfare? What’s the point of using an aircraft carrier or a B-1 bomber to deal with a local insurrection? Seems to me that with commercialisation and commoditisation of IT the playing field will be very level. Think of something like 3D printing – the standardisation of tools to make use of these, cloud for OPEX entry to use them, and, most importantly, the ability to better leverage data that will be embedded in darn near everything.

This will put SMEs in a better position to succeed because the barriers to entry into sophisticated markets with complex, high-margin products and services won’t be the problem it once was. Also, on the other hand, they are often unfettered by large technical debts, moribund and top-heavy organisational structures, or boards of directors and shareholders.

IoT Now: In the 1990s and early 2000s telecom network operators were slow to unify their data silos. Have today’s smart cities that are integrating multiple IoT applications learned much from these failures? If so, what is different now?

LC: The telcos of the 1990s and 2000s were working with one goal in mind: preserving their commercial monopolies – building walled gardens where they would hopefully own and control everything just as they had in the good old days of POTS lines and 5ESS switches. In a nutshell, they were fighting to maintain the status quo.

Cities do not directly have a profit motive or a desire to control as their primary goal and strive to build open communities from the start. Open data and city-wide wireless are great examples of this line of thinking. The point of a smart city is that IoT has been embedded into infrastructure and into city services to attract business, new talent, and tourists because the city is seen as advanced.

A smart city uses data to inform itself on how well its services are working to deliver better services, and the city has to be transparent in doing this. CityStat programmes in New York City, Boston, and Baltimore are all examples of this type of front-end, but with IoT, cities can do a better job of looking at services in a granular fashion. Instead of a panel of three buttons that someone voluntarily presses at the airport for a review of their experience (sad, okay, or happy), cities can collect data passively on every interaction with IoT. The embedded IoT is all focused on incremental and iterative improvements to services delivered and the quality of life.

It’s all about leveraging the present to build longer-term relationships and a wholistic future, not about the current transaction and leveraging its past in support of the present.

IoT Now: You talk about the need for “compliance with demanding scale-down and scale-out requirements.” Can you explain what this means in practice?

LC: In an IoT environment you need a modular platform that can be pared down to a core that will run on your most threadbare devices. At the same time, you need the ability to scale up to run on Gateways or complex instrumentation, machinery, vehicles, networks, etc. Basically, your IoT environment needs to be able to operate with these scale-down and scale-out requirements in mind. There are multiple reasons for this such as standardisation of tools and data exchange where you want to ensure speed, reduction of data conversion errors, and better security through avoiding decryption and re-encryption.

We also have to look at how extensively and far into the edge Machine Learning will go in more advanced ways (think Deep Learning), where taking a nodal approach across a set of devices would require scale-down and scale-back-up such that initial design and iterative testing and improvements can be made on the back-end centralised systems.

IoT Now: IoT-enabled businesses need a secure cloud-based server to store data. Is it still a challenge for them to find that?

LC: The challenge here lies in that there’s nothing—cloud or on-premise—that you could or should call completely secure. There are managed cloud services that adhere to the highest levels of current cloud security, sure, but there’s still risk management issues across the board.

The real question here becomes one of cost, and further, a question of do you really need to secure all that IoT data? To help you deal with the challenges around finding the right cloud-based storage, you need to understand how much IoT data you can process and how much raw data you can throw away at the point of action or at the gateway level, such that you avoid exorbitant fees for cloud deployment (that may not be needed) in very secure environments.

IoT Now: Finally, how will the spread of edge computing affect this demand?

LC: Even if far more processing of data is done at the point of action and only a portion of what would have gone from any given device or upstream gateway goes on to the cloud, the explosion of devices will counter this throttle and the end result will be a deluge of data – hopefully, more valuable data. In the end, the explosion of processing at the edge will simply drive more processing at the core, as the forest view will always be better than that of an individual tree.

Jeremy Cowan of IoT Now was talking to Lewis Carr of Actian.